Scotiabank to focus on shareholder profit 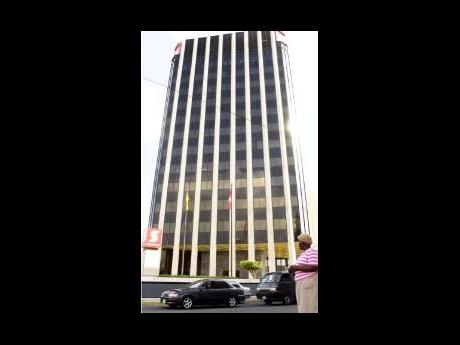 Continuing to
post good profits in the first quarter of its 2009-2010 financial year, which runs from November to October 31, banking group Scotiabank this week made it clear that return on equity for shareholders will be its performance focus for this year and beyond.

"We believe that this dynamic period in the financial services sector presents enormous opportunities for the group," Bruce Bowen, president and chief executive officer of Scotiabank Group in Jamaica, told shareholders at its annual general meeting at The Jamaica Pegasus hotel, New Kingston, Wednesday.

The banking outfit, Bowen asserted, would be facing a challenging year but intended to employ a variety of carefully planned strategies to limit any fallout and maintain profitability.

Among the challenges which the bank - which has the largest deposit base in Jamaica - is set to confront is the decline in net interest revenue expected from the Jamaica Debt Exchange programme. While Bowen did not place a figure on the projected income loss from the government-imposed lower rates on longer-tenor securities, the group has reported that it surrendered approximately $100 billion worth of bonds in the exchange.

"Within the next few months we will have a better idea on the dollar figure," said Bowen.

"While we will be impacted, the margin compression will be not be as bad as (originally) thought, but it is still too early to tell," Scotiabank Group Chairman Rob Pittfield added.

Of the $100 billion of securities surrendered under the debt swap, $88 billion is denominated in Jamaican currency, with the remainder in United States dollars.

But the bank had already declared that it expected a fallout of less than one per cent of its equity.

With revenues from net-interest income set to take a significant hit, Bowen said an aggressive focus will now be placed on loan growth, alternative products, new business and operating efficiencies.

The bank posted net profit of $2.77 billion for the three months ended January 31, some 12 per cent more than it raked in the same period of the previous year. Net profit available to stockholders was $2.65 billion, up 11 per cent on the previous comparative period but a considerable 27 per cent drop from what the company's owners made in the bumper quarter ended October 31, 2009.

With that three-month performance, average return on equity was 22.9 per cent, which bank officials are vowing to maintain if not surpass in successive quarters this year. Earning per stock unity moved from 77 cents in the first quarter of the 2008-2009 year to 85 cents last quarter.

Bowen said the bank's management was pleased by this quarterly performance on the back of total operating income, which moved up 10 per cent to $7.5 billion when compared to the similar quarter last year.

In its last financial year ended October 31, Scotiabank posted a net profit of $11.6 billion, compared to the $9 billion in netted in 2008. Net interest income for the year was $33.3 billion, up from $27.8 billion the year before. The group rounded out the year reporting a total asset increase from $280.2 billion to $315.5 billion, narrowly eclipsing previous asset leading bank, National Commercial Bank group, which reported total assets of $315.09 billion last year.

Scotia's wealth-management arm, Scotia DBG Investment, also recorded increased net profits for the January quarter this year, moving to $546 million or 42 per cent increase over the $385 million earned in the previous comparative period.

For the next three to five years, Scotiabank has said, the group's key strategies will include enhance customer service to grow and maintain loyalty. An expansion of in distribution of products and services without a build-out of branch network is also on the table.

"We will be investing heavily in alternative delivery channels to reduce the traffic in branches," said Bowen, signalling a new electronic banking push.

"We must be able to reach potential customers without requiring that they come into branch."

The third plank of the strategic plan, according to the bank officials, is to create efficiencies vital, they maintained, in an environment with shrinking interest margins and slow revenue growth.

According to the bank CEO, the Group had already imple-mented several cost containment measures such as the consolida-tion of back office functions across the wealth and insurance subsidiaries, renegotiation of contracts and the implementation of new internal telephone system, all of which are expected to reduce opera-tional expenses in the year ahead.