Diva JC for Blues on the Green today 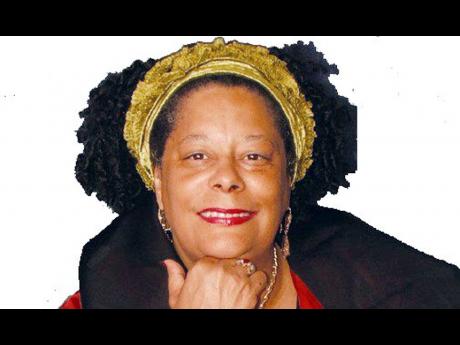 "It is a great experience to come to Jamaica to sing," American blues singer Joan Cartwright told The Gleaner. Cartwright, who goes by the name Diva JC, is the featured artiste on the annual US Embassy event, Blues on the Green, A Celebration of African-American History Month. The concert takes place today, starting at 6 p.m. at Hope Gardens and also features the Mojahrock band.

"The audience should come prepared to have fun," said the musician, author, historian and musical composer.

Cartwright credits men as the source of inspiration for her most popular blues songs, such as
No Body's Husband
and
Oh, Baby
. In fact, she explained that her first blues song,
Treat Me Right
, was in response to an experience she had with her third husband (she has been married four times). She began writing music in 1977 and discovered blues in Florida. She explained that blues is the mother of jazz.

"I love to sing jazz, but when I sing blues, I get a tremendous feeling," she told
The Gleaner
. "Blues doubles the fun: you can say things in blues that are a bit risqué."

Cartwright has also written nine books to date. It is in her capacity as an author and music teacher that she visited Linstead Primary School in St Catherine on Wednesday. Her mission was to make a presentation of three of her books:
Amazing Music Woman
,
Songs For My Children
and
So You Want To Be A Singer
, purchased by the US Embassy for the school.

A group of 40 10-11-year-old students benefited from Cartwright's visit. She taught them two songs from her book,
Songs For My Children
, a book written for her grandchildren. However, it was not the musical ability of the children that made her visit memorable, but their discipline.

"The rural area may be said to be poor but the children are rich in self-discipline," she said. "I wished the students of the US, especially in Florida, were like them. Self control is the best commodity."

When asked what message she wanted to convey to Jamaicans, she launched into a passionate history lesson. "Black History Month came out of civil rights, but there was always music," she said. "The hymnal was the only book the slaves were able to use to communicate. They took the same musical chords of the hymns and used them as codes - blues - and it became the complaints and the triumphs of the people. I encourage people to listen to the blues of singers like Bessie Smith."

Cartwright is the first woman in the world with a jazz and blues song book. She has travelled extensively and has lived in places like China and Switzerland. Some of her memorable moments include meeting Ray Charles and interviewing Quincy Jones. She also hosts a weekly online programme at musicwoman internet radio.

But while the gifted New Yorker has had, and still, wears many hats, music remains her first priority.