Where is racing going? 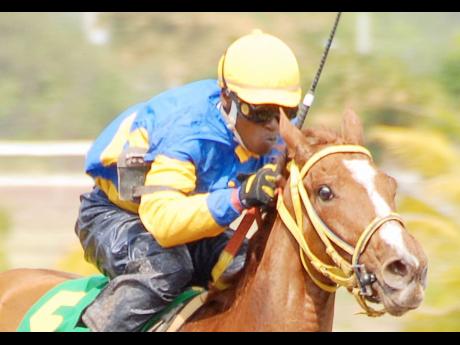 Horse leaves the gate at the start of a race at Caymanas Park. - file

This column has been absent for some time. We return with the resolve to be more insightful than ever before. We will examine a number of issues, particularly those affecting the racing industry. This week we reflect on the year gone by - a significant year since it represents the 50th Anniversary of racing at Caymanas Park. We invite your comments.

Another year has come and gone, and we are nowhere nearer to restructuring the racing industry so that it can achieve its true potential and contribute meaningfully to the social and economic fabric of this country. The potential of this industry has never been appreciated by those vested with its control. The stakeholders and those who depend on this industry remain in limbo, not knowing what direction the shareholders will be taking the industry.

The once noble 'sport of kings' has been reduced, over time, to a state where pauperised owners, who cannot afford the high cost of participation, are racing paraplegics in an atmosphere of filth and decay. Patrons and participants attend and work in fear, as criminals and hooligans have free access to the facilities. Incidences of increasing corruption and a breakdown in the integrity of the sport have led to the hopelessness and frustration of those who were once a part of an earlier era, and cry shame at what our industry has now been reduced.

The fact is that the racing industry, as currently structured, is not viable. A solution has to be found for the thousands of people who have come to depend on this industry for their livelihood - the farriers, veterinarians, jockeys, grooms, stablehands, trainers, breeders, owners and host of people, who look to the industry, not only for a living, but also for important opportunities for career development, social interaction and entertainment.

Add to that list those who indirectly benefit - the suppliers of goods and services - and one begins to understand the tremendous importance of the industry. When one considers the support given to Air Jamaica, the sugar industry, the manufacturing sector, tourism, cricket, football and other areas of our socio-economic structure, one wonders why the vast potential of the racing industry has not been appreciated and given the necessary assistance.

Much has been written about the problems of the industry. Solutions have been discussed, and yet the situation remains unchanged. The industry cannot be run as a department of the Ministry of Finance. This was brought ever more forcibly to our attention following the damning report by the contractor general into alleged irregularities surrounding a proposal for a local cable company to supply satellite services for simulcasting races from South Africa and the United Kingdom to Caymanas Track Ltd (CTL), a public body, and the alleged conflict of interest involved. This prompted the dismissal of the CTL board in late January and the appointment of a new board under the chairmanship of noted Montego Bay businessman, Tony Hart.

As we celebrate our 50th anniversary, it is important that we understand and reflect on the development of the industry since the move to Caymanas Park in 1959.

This had been structure since the formation of Racing Promotions Limited (RPL) in 1975. The political philosophy of the government elected in 1980 did not favour this level of 'worker participation' at the board level and relationships became strained. The government refused to address the problems of the unsustainable taxation levels, nor was there any understanding of the lack of income to the promoters from bookmakers who controlled some 70 per cent of sales generated by the promoters' activities.

Taxation levels and bookmaking activities have been a constant problem ever since the move to Caymanas Park in 1959. The cash flow of the operation was totally inadequate to meet the high levels of taxation, and attempts to seek some alleviation were ignored. The decision had to be taken as to whether RPL paid the taxes and ceased operating or resisted paying the taxes and provide an income to the grooms, jockeys, trainers, owners and breeders, whose participation was essential to RPL's existence.

The directors decided that the interest of stakeholders was paramount and the company stopped paying the taxes. Relationships became even more strained, and there were frequent appearances in court. Management was under severe pressure. Things came to a head when the Ministry of Finance blocked RPL's attempt to lease a new tote board from United Tote through the National Commercial Bank, which held a mortgage with the company for $3.750 million. The bank felt threatened by these developments and their exposure. Because of this, they put in a receiver/manager in 1985. The receiver/manager concluded his assignment at the end of April, 1987, and RPL was refused a licence to promote racing on the ground that they were insolvent. No one sought to relate the insolvency to a taxation regime which was not sustainable.

The shareholders were forced to lease the assets of RPL to a new company, Horseracing Promotion Limited (HPL). The government pressured shareholders to hand over their shares and, although there was some resistance, the government eventually 'acquired' the assets of RPL. These assets included 194 acres of land, all buildings and infrastructure thereon, and a company with an annual turnover of $62 million, and sales through bookmakers of $139 million from which RPL received no income.

At the time of this forced acquisition, there was no valuation or any attempt made to compensate the shareholders for their efforts to build the business over the years. The debt owing to the government, which prompted the acquisition, was $34,691,363. We are sure, were the current contractor general around at that time, he would have had a field day.

Since then, the promotion of racing has become a political football.

Next week, we will once again look at solutions and the way forward.

Howard L. Hamilton, CD, JP is a former chairman of Caymanas Track Limited. He is the current president of Thoroughbred Owners and Breeders' Associa-tion. He can be contacted at howham@cwjamaica.com.

The promotion of racing has become a political football.