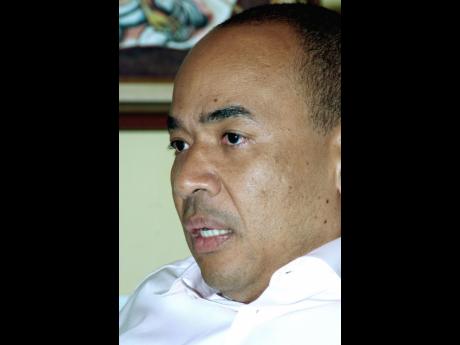 WHILE NOT disclosing the circumstances which led the United States State Department to revoke the non-immigrant visa of businessman Wayne Chen, Patricia Attkisson, public affairs officer at the US Embassy, Kingston, explained yesterday that the cancellation of a visa is varied and usually based on something specific to the individual.

She further pointed out that it would be difficult for a traveller to independently check his visa status. The US Embassy public affairs officer, who was responding to a number of questions from
The Gleaner
related to visa issues, was unable to say if other business personnel or government officials' visas have been revoked.

"The US Embassy does not comment on specific visa issues," said Attkisson.

In the meantime, the Jamaican Government has begun seeking answers in relation to the revocation of Chen's visa.

In the meantime, a disappointed Chen wrote a letter to his friends detailing the embarrassing circumstances under which he

found out on Wednesday that his United States visa had been
cancelled.

Chen said he and his family were about to board a flight to Miami
en route to Los Angeles when he was informed by the American Airlines supervisor
on duty that he would not be allowed to travel because US Customs and Border
Protection had just called to say his visa had been revoked.


The Urban Development Corporation chairman said Stone confirmed
that the visa had been cancelled in late January, but said no reason was given.
He said Stone promised to investigate the matter, but cautioned that he was
unlikely to get any new information and advised that "I could reapply for a visa
if I so wished".

Prime Minister Bruce Golding was brought into the picture the next
day when Chen met with him to discuss the issue. He said Golding telephoned Dr
Baugh.


"It is highly unusual for the US to have taken this action without
first notifying the Jamaican Government," said Chen, adding that his last visit
to the US was in mid-January when he sought medical attention for his infant
son.


Citing his years of "unblemished" public service, Chen said there
has been a great deal of public speculation, "much of it with negative
implications for my reputation".


"I can state unequivocally that I have not engaged in any
activity, past or present, in Jamaica or overseas that would lead the US to act
in this way," he said.