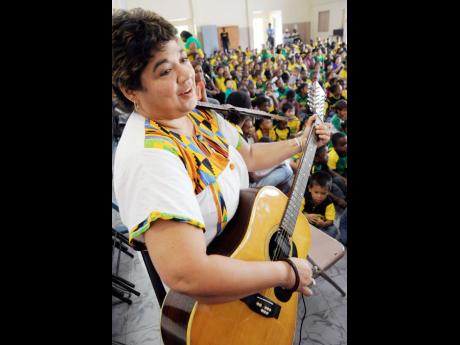 Yesterday was dedicated to poetry, song, dance and Anancy as students and teachers put on a cultural show for the school.

Five-year-old Kristoff Folks found his personal meaning, saying Jamaica Day was Jesus' birthday and he was wearing black, green and gold to commemorate this.

However, six-year-old Emelia Salmon said she was wearing her national colours "because we're celebrating God and showing how much we love Him".

"Every little thing is gonna be all right," the children sang while a child attempted Michael Jackson's moonwalk.

Performances included a kindergarten group jiving to
Roast Breadfruit
, working the stage to "when you rock back and lick yu big finger".