No Champs for St James' Ottey 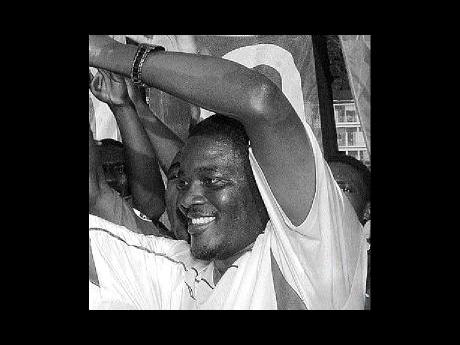 Allan Ottey shares more than a surname with his far more famous cousin. The 17-year-old St James High School student was also a recipient of the fleet-footedness which made Merlene Ottey into the global icon that she has become.

Unlike Merlene though, the 17-year-old Allan has been torn between two loves - football and track and field. While he professes to love both equally, his performance in and devotion to football could see him miss out on the biggest local track and field event, the annual GraceKennedy Boys' and Girls' Athletics championships which celebrates its 100th year, this year.

"Athletics is something that Allan will definitely have to forego this season. It would be asking too much of him to have him compete in track and field this season, and he definitely would not be able to manage that workload at this time," explained his football coach at St James High, Pastor Hugh Solomon.

Solomon who is also on the coaching staff of Village United, the Digicel Premier League club which Ottey also represents, added that it would not be in the best interest of any party to force the issue.

"It is clear that Allan loves track and field as well, and would want to participate, but he has been made to understand the issue and has no problem with the decision that was taken. For him to have participated in track and field he would have had to do a lot of background work, which he was not able to do. With that not happening he would not give of his best, and some of the training that he would do would take away from his football fitness, and vice versa.

"Looking at it logically and in terms of preserving the youngster, because he is still a child such a workload would not suit him now. One also has to remember that he is a Class One athlete, which is even more competitive," he added.

"It is just unfortunate that his success in football is impeding his growth and success in athletics, at this time," Solomon said.

Ottey, one of the top scorers in the 2008 daCosta Cup competition, competed in the Boys' and Girls' Championships in March 2009 but was not much of a factor.