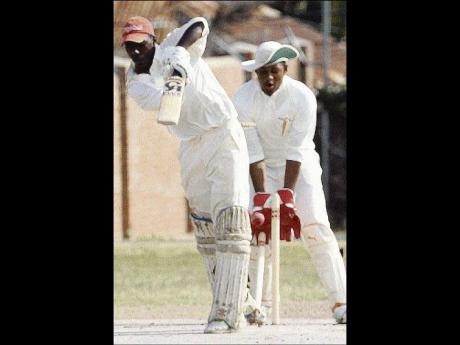 Eltham, who are seeking to cop the title for a sixth straight year, got the better of St Catherine; Wolmer's were too good for Tarrant; and Norman Manley showed their class against A League champions Meadowbrook.

At Eltham:
The home team, after being dismissed for a paltry 114 on the first day, recovered to bowl out St Catherine for 49 early on Thursday.

Leading the way for Eltham were off-spinners Kieno-Paul Sailsman, who grabbed 5-28, and Joseph Dennie, 3-11.

At Elletson Road:
Wolmer's resumed the day on 171-3 in search of Tarrant's 243 and after achieving their target, were bowled out for 320.

At Maxfield Park:
Norman Manley first made 304-8 declared, and Meadowbrook, after resuming yesterday on 14-1 were dismissed for 214.

The competition will continue next week Tuesday and Wednesday, with St Catherine hosting Norman Manley, Meadowbrook at home to Eltham, Wolmer's playing away to Excelsior, and Tarrant entertaining Innswood.

The semi-final round of eight teams is divided in two groups of four, with the winners of each group slated to advance to the final.