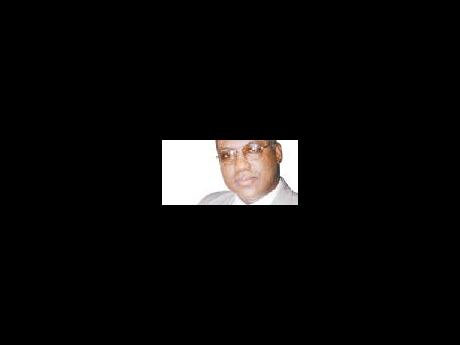 A sharply worded editorial in another newspaper recently questioned the relevance of the Economics Department of the University of the West Indies (UWI) as, it charged, no leadership has emerged from those quarters to help us through the muddle.

But the issue goes beyond that. The more fundamental issue is whether the 'dismal science' of economics can reinvent itself after a global economic crisis which has shaken a number of assumptions on which neoclassical and neoliberal economics have been based. A number of scholarly papers and books have come out which have engaged some serious rethinking and analysis about what the global economic crisis has done to a branch of the social sciences whose scientific status has never been beyond question.

The well-known Nobel Prize-winning provocateur, Professor Joseph Stiglitz, has added his powerful voice to the debate with his publication just this year (2010) of
Freefall: America, Free Markets and the Sinking of the World Economy
. In this work, the former chief economist of the World Bank and author of the heavily cited
Globalization and Its Discontents
,

says in a chapter 'A New Capitalist Order': "The big question in the 21st century global economy is, what should be the role of the state? Achieving the restructuring described earlier in this chapter will require government taking on a greater role."

His is not a call for a command economy, but a more nuanced system in which the state is more than a referee but a facilitator of development. He cites the Scandinavian model as one which has worked. He mentions the fact that "Sweden's public sector has managed to spend its money well; America's private financial sector has done a dismal job". Rejecting the previous dogma that markets are always efficient and government always inefficient, Stiglitz says, "this financial debacle, with its massive private sector-led misallocation of resources, should cure anyone of such prejudices."

Noting that "the current crisis has seen the US government take on unprecedented roles in the economy", he goes on to state, "Many of those who would traditionally have been the greatest critics of government activism - and especially of government borrowing massively - remained silent". Stiglitz also references a fact that some conveniently ignore, that "some of the United States' greatest successes were derived from government-supported research, typically either state or not-for-profit universities - from the Internet to modern biotechnology".This issue of the nuanced role of the state is another major issue which Professor Luiz Carlos Presser Pereira, former Brazilian finance minister, takes up in his 2010 book,
Globalization and Competition: Why Some
Emergent Countries Succeed While Others Fall Behind
. "In almost every country of the world, the state played a important role in the creation of the basic infrastructure of the economy and in increasing the rate of capital accumulation".

This is an important point that another important thinker in development studies, Ha-Joon Chang (
Kicking Away the Ladder and Bad Samaritans
) has been making: Neoliberal, laissez-faire economics is ahistorical, ignoring the empirical track record of economic development. They are doing violence to economic history.

Well, if the presuppositions of neo-liberalism enjoyed uncritical acceptance before the global economic crisis, they have been detonated by this unprecedented crisis. That markets work best when they are unregulated and unfettered; that the minimalist state is the best state and that financial liberalisation and privatisation are always good, has been shown to wrong-headed - disastrously so.

The rethinking which has taken place on financial globalisation and capital controls is noteworthy. The genesis of Jamaica's own financial meltdown and subsequent ballooning of the debt was the 1991 premature financial liberalisation recommended by the Washington Consensus institutions. Had there not been that official theology shared by the International Monetary Fund (IMF) and the World Bank at that time, Jamaica's financial and economic history could have been totally different. It has taken the worst global economic crisis in nearly 80 years to force this rethinking within the economics establishment.

In a neatly argued and empirically rich paper published last month by the Political Economy Research Institute of the University of Massachusetts, Amherst (
Productive Incoherence in an Uncertain World: Financial Governance, Policy Space and development after the Global Crisis
) Ilene Grabel notes: "Another way in which the current crisis may be creating more policy space for developing and transitional countries is by highlighting the benefits of national economic policies that depart rather significantly from the neo-liberal model ?

"Those developing countries which were able to resist pressures to replicate the extreme financial openness and the financial liberalisation of the Anglo-American financial models were in a better position to weather current global financial turbulence". The IMF has now made an about-turn on the matter of capital controls in light of the global economic crisis. While it insisted on free movement of capital and would have no other way in the Asian crisis of 1990s, it is now accepting of capital controls.

Indeed, in a policy paper which the IMF issued on February 18 titled
Capital Inflows: The role of controls
, it concedes that "beyond their macroeconomic effects, capital inflows - especially certain types of liabilities - can make the economy more vulnerable to financial crisis". And in an interesting section looking at the actual empirical evidence of countries which have instituted capital controls, the IMF paper says, "In general, capital controls are found to have little impact on the total volume of capital inflows ? the imposition of inflow restrictions by Brazil, Chile and Colombia in the 1990s had no significant impact on total capital inflows ? (Our) perspective is thus that capital controls are a legitimate part of the tool kit to manage capital inflows in certain circumstances ? "

This is radically different from the previous orthodoxy. Previously, capital controls were frowned on and said to be discouraging of competition and free market economics. This global economic crisis, by shattering the confidence of the neoliberals and embarrassing them, have shorn them of their arrogance and intellectual hegemony.

"The Washington Consensus policies and the underlying ideology of market fundamentalism are dead," proclaims Stiglitz triumphantly in his book,
Freefall
. Stiglitz makes an impassioned call for us to seize the opportunity in the global crisis to "restore our sense of balance between the market and the state; between individualism and the community, between man and nature; between means and ends."

It is the same balance that Pereira calls for in his
Globalization and Competition
. He calls it, "the new developmentalism" as opposed to the old developmentalism, which was more openly statist and more influenced by the dependency school of economics. Pereira calls for developing countries to embrace commercial globalisation but to be wary of financial globalisation. Pereira shows that while Latin American countries were in effect poster children for neoliberalism, adopting financial liberalisation, unbridled privatisation and import liberalisation, East Asia was more strategic, less doctrinaire ? and successful.

Latin American neoliberalism failed just as the old import-substitution, economic nationalism old developmentalism could not go beyond 1980. "New developmentalism is not protectionist," he says, but "that does not mean that developing countries should be willing to open their markets indiscriminately" - though they have very little choice in this World Trade Organisation-governed world.

It is too early, says Grabel in his University of Massachusetts paper, to say "whether the crisis will have a lasting effect on economic thought in the academy and beyond". My hope is that our own policymakers and their advisors, as well as our UWI Economics Department, are
au fait
and grappling with the best rethinking and analysis taking place today.