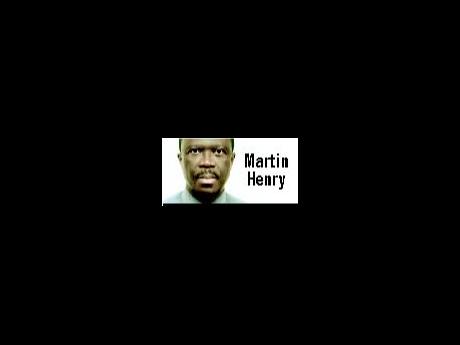 Last July, I wrote a column cautiously welcoming the Road Maintenance Fund established from the Special Consumption Tax (SCT) on fuel, while being critical of the low allocation to the Fund of only 20 per cent of the tax.

Demanding accountability - and public accounting - on behalf of fellow citizens, I wrote then: "The Public Accounts Committee of Parliament is a branch of the Jamaican Historical Society. They only review the past when nothing can be done to correct what has already happened. We want a different mechanism for making the Road Maintenance Fund (RMF) accountable, from the word go, to us long-suffering and burdened taxpayers, out of whom the money is being squeezed, on top of all the rest. On behalf of fellow citizens, I write to ask the ministers of works and finance to make the accounts and activities of the RMF public and transparent. The minister of finance has already given some commitments. He and the Government must be held to them.

"Give us the opening balance and monthly (or quarterly) balance sheets. Tell us where the work is being done and is to be done. Tell us who has each contract from competitive tender, their qualifications for the work, and the budgets and timelines agreed. Leave the National Works Agency to manage and account for the fund.

"Set and publicise a fair cap on the administrative cost of the RMF, leaving the bulk of the money to get actual road work done. Let independent financial and works audits be done with reports made public simultaneously with delivery to the Government, and not after being vetted and possibly gutted. Trust the people who elected you and give us good reasons to trust you."

And as I noted in that July column, "Special funds have come and gone and God, He knows, what they have accomplished. This one must not be allowed to come and go and be forgotten. While fancy highways have been built - and tolled - the deterioration of the secondary-road network is one of the most visible hallmarks of misgovernance in this country. It takes a special category of extraordinary neglect to have accomplished such advanced deterioration of the road network. Those things were superbly built in colonial times."

After what seems to be a slow start, the Government seems now set to treat the RMF and the governed with seriousness. Chief executive officer of the National Works Agency, Patrick Wong, has reported that the RMF has, so far, received $1.53 billion from the SCT. Is this what it is due to date? We need to know.

To fast-track the road maintenance programme at today's prices, the Government has struck a US$400 million loan deal with the Government of China at three per cent interest to provide the bulk of the financing. The loan is to be paid back from the allocation from the SCT.

Minister of Transport and Works, Michael Henry bragged at last week's post-Cabinet media briefing that the Jamaica Road Development Infrastructure Programme will be "the largest and most comprehensive single infrastructure programme to be implemented in Jamaica".

The programme, he said, "will see work on the island's network of roads (reputedly the most dense in the world), bridges and drains resulting in increased capacity of roads to handle vehicular volume, improved traffic management in town and city centres; rehabilitation of approximately 300 kilometres of parochial roads and 270 kilometres of main roads; and better periodic maintenance of roads."

And apparently the jobs, jobs and more jobs promised in the 2007 election campaign are about to materialise. The minister is projecting some 18,000 of them from this project over the next five years! On what, other than the minister's fantasy, is this estimate based?

The parliamentary Opposition has been doing its job on this one, questioning the soundness of the Chinese loan deal, demanding RMF accountability, and very importantly, asking about the location of pieces of work done so far. Apparently the minister's own constituency has been highly favoured, as well as others held by government MPs.

On the matter of the Road Maintenance Fund, both the Government and the Opposition have continued the bad practice of conducting the nation's business outside of Parliament by media conferences and announcements. The Opposition has, however, correctly pointed out that the Government has left the public with several unanswered questions and should present to Parliament the details of the new arrangement.

While it is easy to appreciate the business sense of fast-tracking the road maintenance programme by loan financing, it does seem that the deal comes with Chinese expertise and labour attached, which has implications for the domestic construction industry. China Harbour Engineering, a major state-owned firm, will be contractor for two of the early segments of the project.

While it welcomes the continuation of the infrastructure development (remember Jamaica was to have been pothole-free by 2003), the Opposition says it is concerned that the RMF will not be able to meet the obligations to the Chinese, as the fund is now servicing a PetroCaribe loan of US$12 million. Fair enough as a concern. Where are the accounts?

The Opposition seems unhappy that the RMF is the actual borrower, with the Government standing as guarantor. But this is an excellent arrangement. This is business, as opposed to political do-goodism. One would expect the creditor to do its due diligence that the loan can be repaid from the credible projected income of the borrower, and the Chinese Government has, in fact, made keeping the SCT in place, but only for a minimum of five years, a condition of credit. If the Chinese are not crazy or acting with non-business ulterior motive, the serviceability of the loan doesn't seem to be a live issue at all.

Another strength of the arrangement with the RMF as direct borrower, a discrete agency as opposed to a general black-hole government, is the greater ease and directness of accountability. Pray tell, where went the loans to Government, and how well used, for Education, Health, Justice, and other sectors?

There is an inner and inscrutable logic to the decisions of government, like repairing the middle sections of a road and leaving the two ends in a rut. Apparently, upgrading the Palisadoes road to a spanking four-lane highway is a top priority of the Jamaica Road Development Infrastructure Programme for a cool US$65 million. Four lanes to and from where, and for what? Besides the Norman Manley International Airport, only the sleepy little village of Port Royal, a hotel, and a training institution (the Caribbean Maritime Institute) are on the Palisadoes peninsula. The beaches have been closed because of the pollution of Kingston Harbour. These few places are adequately served by the present two-lane roadway which has been maintained in pretty good condition. That US$65M could probably upgrade every little neglected road in rural Jamaica linking a village to a main road.

But, all in all, I write to commend the seriousness of purpose now evident on the part of the Government with respect to the Road Maintenance Fund and to call again for transparency and accountability in its operations. I join the Opposition in calling for the details of the operations of the Fund and commitments to be laid before the Parliament.

Martin Henry is a commu-nications consultant. Feedback may be sent to columns@gleanerjm.com.