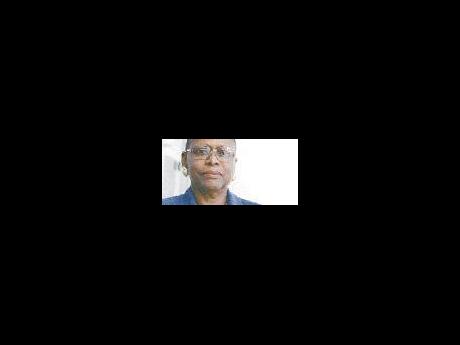 A recent headline in the local media highlighted the fact that there are some women who sexually abuse children, especially boys. Such stories often cause a kind of knee-jerk response from various sectors of the population. This response is against a background of socialisation and belief system which predispose us to think that women are incapable of involvement in criminality; especially criminal acts against children.

Feminist thinkers and other women's advocates have always agreed that women have the ability to do whatever men have done and can do at all levels of the society. This means that women also have the potential to be involved in the underbelly of criminality which is a feature of all societies.

In the arena of the horrific crime of sexual abuse of children, there is a body of literature and police records in every country to demonstrate that in every society there is a segment of the population defined as predators who see nothing wrong in having sex with children. These are the paedophiles of the world.

These persons are predominantly men and their targeted victims are overwhelmingly girls. There are some of these predatory men who abuse boys exclusively. In Jamaica, these male children are at great risk of contracting HIV/AIDS and of being brutalised and abandoned by their families.

Amongst these young boys are many who have run away from their homes to seek refuge on the streets of the Corporate Area. Often, they are given shelter by a 'big lady' or a 'big woman'.

Some of these 'big ladies' share the spoils that such children bring home from the streets and it is also possible that these unfortunate street boys are encouraged into other areas of criminality and that they are used as the 'sexual toys' of these 'big women'.

On the other side of the coin it is an open secret that in sectors of the Jamaican society the 'big man' demands any little girl child from poor and dependent mothers when he has the sexual desire for a child.

It has also been well documented that powerful business tycoons of North America, Europe, Africa, Asia and other areas of the world regularly visit Thailand to have sex with children (both boys and girls). Thailand has the reputation of being the mecca of child prostitutes. These unfortunate children have no possibility of enjoying childhood. They are corralled and housed in sleazy brothels run by wealthy men and women who ensure that they can provide all the 'kinky' sex services that the power brokers of the world desire from time to time.

Most of these powerful men would never dare to sexually abuse children in their own country. Of course there are exceptions to every rule.

The most famous powerful paedophile is now in limbo in Europe. He is the famous accomplished film producer Roman Polanski. Twenty-six years ago, Mr Polanski was arrested for sexually abusing Samantha Geimer who was only 13 at the time. Like many other young girls, Samantha dreamt of being a star. She was therefore hopeful and perhaps motivated by Polanski's promise to photograph her in the nude so that she would have a chance to appear in the famous magazine -
French Vogue
.

In all likelihood, this young girl was in awe of this extraordinarily famous man who had access to the actor Jack Nicholson's house.

In this heady atmosphere of the possibility of stardom, the 13-year-old followed Polanski's direction, removed her underwear, entered the jacuzzi in the room but instead of a photo opportunity, she recounted for a Los Angeles grand jury how the predator director entered the jacuzzi in the nude and wrapped his arms around her. He then brought her to a bedroom in his friend Jack Nicholson's house and against her protestations he performed a variety of sex acts with her.

It is reported that at the time of her testimony, the deputy district attorney of Los Angeles Roger Gunson asked why she did not more forcefully resist and she replied 'because I was afraid of him'.

This statement goes to the heart of sexual abuse of children. Because children are dependent on adults and because they learn at an early age that these adults control every aspect of their lives, they oftentimes have no way of resisting the evil intentions of predators. In this climate, the female sexual predator is often invisible in most societies.

In recent times, most of the major news houses of North America and Europe carried the shocking exploits of Iris Robinson, reputed family values advocate and wife of Ireland's First Minister, Peter Robinson. Mrs Robinson is reported to have carried on a sexual liaison with a 19 year-old young man and in the process she supplied him with money provided by her male private sector supporters.

According to an article carried the 20th January 2010 edition of the
Los Angeles Times
, Iris Robinson is a 60 year-old, glamorous and canny lawmaker who, for an extended period, maintained a sexual relationship with a young man 40 years her junior.

It has been argued by some political analysts that this liaison has put Northern Ireland's 'fragile peace pact between Roman Catholics and Protestants in danger of unravelling'.

The profile of Mrs. Robinson and her professed worldview is rather interesting and absolutely hypocritical. Reportedly she has been an outspoken advocate of 'traditional family values' and she has 'publicly denounced homosexuality as an abomination'. Obviously this powerful socialite and politician saw no problem with adultery and the exploitation of a young boy.

While it must be pointed out that it is not illegal for anyone, male or female, to have consensual sex with a 19-year-old, it is not clear whether the sexual relationship between Mrs Robinson and her 19-year-old lover started during his childhood. After all, she knew him since he was a child and she mentored him and ensured that he benefited from the spoils of the political 'pork barrelling'.

Although it is clear that the legal systems of most civilised societies set an age of consent for sexual activity with children, it is very obvious that young people need to be given the freedom to develop without the intrusion of adult definition of their sexuality.

History has informed us that there were many instances during our slave experience when 'madame in the big house' grabbed on the yard boy, the butler or the mulatto son of her philandering husband and demand that they satisfy her sexual needs.

In post-slavery society, there are many anecdotal and documented instances of middle and upper class men who initiate their sons to sexual life by taking them to brothels to be trained by young prostitutes.

In similar vein, adult slave women and the contemporary helpers in the houses of the middle class were and are expected to sexually service 'de little bwoy dem'.

Polanski's case is classical case of child abuse by a man of power and fame. He abused a child and then thought his power and international acclaim could prevent him from facing justice. Thankfully, time is running out for him and he is now fighting a process of extradition to the United States where he must face the justice system for a crime he committed 26 years ago.

Mrs Robinson's case is not as clear-cut but it is an example of how women, like men, can abuse their positions of power and distort the sexual development of young men and women.

In the international arena, the majority of civilised societies, including Jamaica, have ratified both the Convention on the Rights of the Child (CRC) and the Convention to Eliminate All Forms of Discrimination Against Women (CEDAW). Within these legal and binding agreements between governments and the United Nations, there is a clear understanding that our justice system must be properly structured and adequately resourced to give justice to all our citizens.

It means therefore that every man and woman who have sex with a child below the age of 16 should be arrested, charged and if found guilty be sent to prison so that they be severely punished for their horrendous crime of child sexual abuse.

In an atmosphere of justice, we need not rationalise our ideas of criminality or offer excuses for the inhumane behaviours of both men and women.

Child sexual abuse is not about producing sexy headlines or about wondering why some women commit such crimes. It is about societal evil and the need to stamp out all these atrocities.

Now is the time for the Jamaican Child Development Agency, the Children's Advocate, the Public Defender, the Commissioner of Police, the leaders of all churches and every member of our Parliament and the Senate to join all law-abiding citizens and declare to the predators of the society that 'dem must leave di pickney dem alone!'

Dr Glenda P.Simms is a consultant on gender issues. Feedback may be sent to columns@gleanerjm.com