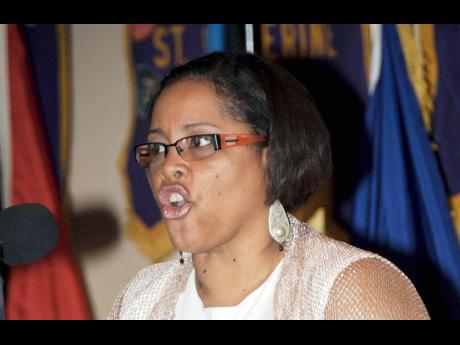 OUTGOING CEO of the Child Development Agency (CDA), Alison Anderson-McLean, has called for a multi-sectoral approach to the care of the nation's children.

Anderson-McLean, who has submitted her resignation as head of the CDA, said the current approach is too fragmented and does not effectively cater to children in need.

She argued that the non-existence of minimum standards and the shifting of the goalpost with regard to responsibility serve only to create scapegoats for a systematic problem of the State failing its children.

"We need multi-agency teams. We can't work in silos anymore. That is the signal lesson we have learnt out of recent tragedies," Anderson-McLean said.

The CDA head was the guest speaker at yesterday's opening ceremony for Optimist International, Caribbean District conference at the Knutsford Court Hotel in St Andrew.

While she did not point directly at the Armadale tragedy, Anderson-McLean said the absence of a clear framework and minimum standards serve only to fuel a blame game of culpability.

"What we need is long-term and consistent support from both Government and civil society," Anderson-McLean said, as she outlined the job she said remains to be done in modernising care for children.

"We need protocol that tells us how to work together because that is the only way you are going to have quality assurance. If the requirements are not written down, there can be no conformance, and we need a declaration of commitment to multidisciplinary collaboration," Anderson-McLean said.

Recently, the Armadale report, authored by retired justice Paul Harrison following the commission of enquiry into the May 2009 fire at the juvenile correctional institution which left seven girls dead, was scathing in its criticism of state agencies.

"There were breaches of duty and administrative errors by the Department of Correctional Services, indifferent and insensitive actions by public officials, troubled and unruly girls further traumatised by uncaring adults, unjust treatment of girls, impulse and unlawful action by a police officer and the absence of any structured safety system in an emergency at Armadale.

"Those factors, among others, combined with the negligent actions of the public officials, made inevitable the tragedy of Armadale," the report concluded.

Yesterday, Anderson-McLean was strident as she urged the Government to put in place "a strategic vision for a coordinated, well-run child protection system". She said that if this is not done "we are going to continue the cycle of crisis reform".

Citing financial and staffing constraints at the CDA, Anderson-McLean said one social worker has as many of 120 cases. She said that it would cost four to six times more than is being spent now to properly address problems facing the nation's children.

Anderson-McLean also told the Optimist Caribbean conference that most of the children in care now have "severe and often intractable problems" as a result of socio-economic issues with which they are faced in their homes and communities.

Reeling off statistics which painted a picture of battered children, Anderson-McLean said four in every 10 children are living in poverty, and one in every five children between the ages of 14 and 19 have reportedly been forced to have sex.

She said that more than 60 per cent of rape victims since 2000 are under 20 years old, while 25 per cent of adolescents do not feel 100 per cent safe in their communities.