Whither a non-aligned media? 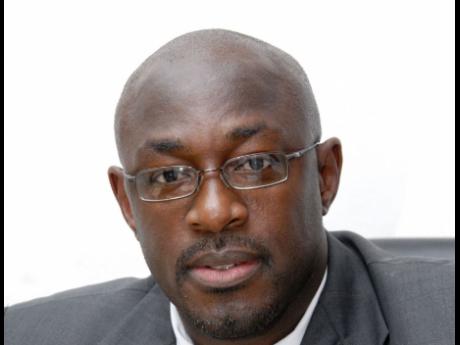 The late Professor Rex Nettleford, whose interpersonal skills enabled him to work well with politicians across both sides of the political divide, was reported to have expressed deep sadness about much of what passed for social commentary. He was particularly peeved with conduct in the media that purported to be balanced but was riddled with biases. Whatever might have been his attempts at altering the landscape of public discourse in that regard, he would have died a disappointed man - with respect to that issue!

The American commentator Glen Beck is an example of a talk show with whom a listener can 'put up'. He openly declares that he is conservative, that he is opposed to Obama's policies and that he eagerly awaits the return of the Republicans to the White House. So whatever one may think of his views, one will have no difficulty placing them in context as he asks that his listeners remember that he is speaking as a conservative.

I am among the many Jamaicans who find the quality of social commentary far too aligned to political interests while purporting to be balanced and unbiased. The effect of this not-so-secret alignment is that the standards of objectivity are sacrificed and the easily impressionable and persons who depend on positions taken in the media 'suffer' from a lack of adequate insight. It is acceptable for political parties to present views that reflect their particular partisan perspectives but it is an abominable act of deception and dishonesty for party spokespersons veiled as journalists to purvey their partisan wares under the cover of social commentary and public broadcasting.

The US Center for Democracy and Governance in an article titled 'The role of the media in democracy: A strategic approach' contends that one of the functions of media in a democracy is that of ensuring that citizens make responsible, informed choices rather than acting out of ignorance or misinformation. Journalism is a profession and its practitioners are expected to be governed by certain ethical principles based on an established code of conduct. When so-called journalists, therefore, engage in the purveying of propaganda for one party or the other, there ought to be some mechanism by which the conduct of such so-called journalists is assessed and remedial action taken.

I recall 'taking on' a particular journalist about his biases towards the Government and his response was that there ought to be a tension between the role of the journalist and the Government. While I agreed with the journalist, my concern is that he seems to have lost sight of that need for tension recently. I suspect that most governmental officials would prefer a journalist who asks reasonable and tough questions than one who behaves like a lap dog or a Cornish cat!

The reason this tension is vital is that public broadcasting is the chief means by which the vast majority of the population receives information and in that regard the media serves a "checking function" by ensuring that elected representatives uphold their oaths of office and carry out the wishes of those who elected them.

Democracy is impossible without a free press but the problem in Jamaica is not so much one of attempts by Governments to muzzle the press (though government officials - from both sides - have from time to time made injudicious statements) but the tendency of many persons in the media is to offer themselves voluntarily as 'slaves' for one party or the other. So the problem is one of the enslavement of the media by the media itself!

As early as the 17th century, enlightenment theorists had argued that publicity and openness provide the best protection against tyranny and the excesses of arbitrary rule. When faced with tough decisions, a leader (whether a parson, a parent or a politician) may make a decision that he or she may later regret. In the absence of some form of structured critique in which relevant information is publicised, the leader could tumble headlong over a cliff. In a democracy, it is the role of the media to perform that critical function of checks and balances.

The press has been declared as the "Fourth Estate" for decades, which means that it is a co-equal branch of government that provides the check and balance without which governments cannot be effective. In countries where the press becomes an arm of the state rather than a serve as an antagonist, not only has the press committed gross dereliction of duty and acted unethically but is contributing to the creation of the conditions that undermine real democracy. Thus the real value of the press is in its capacity to be objective, under which stands the commitment to declare interest where such interests exist as a means of facilitating the most balanced assessment of its claims and assertions. It is in this context that the famous Jeffersonian declaration, though subject to debate must be seen: "Were it left to me to decide whether we should have a government without newspapers or newspapers without government, I should not hesitate to prefer the latter."

Perhaps in the same way that Jesus said "the poor you will have with you always", one can expect that biases will be with us always. The cure then for bias in journalism is not to attempt the impossible of asking journalists to suspend their biases but to invite journalists to simply declare their interests and their leanings.

Dr Canute S. Thompson, is assistant vice-president at the International University of the Caribbean. Feedback may be sent to columns@gleanerjm.com.