Spence-Jarrett in line of fire 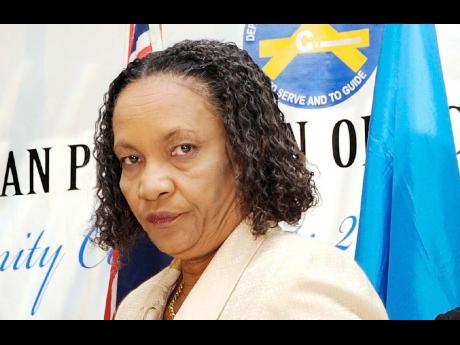 Commissioner of Corrections June Spence-Jarrett has come in for much criticisms since the publication of the report from the commission of enquiry into the May 22, 2009 fire at the Armadale Juvenile Correctional Centre in Alexandria, St Ann, which left seven girls dead.

The comments aimed at Spence-Jarrett who served as deputy commissioner and acting commissioner until she was promoted three months after the fire include:

1)
If Mrs Spence-Jarrett did not go into the said dormitory to observe, inspect and approve of the facilities and conditions under which the girls were to be housed, those were irresponsible and negligent acts of omission on her part. If she was aware of the lack of adequate space and insufficient beds in the said dormitory, which I find she was, her decision to house the girls there was unfortunate, uncaring and inhumane.

2)
I find that in March 2008, Mrs Spence-Jarrett, the deputy commissioner, unwisely did make the fateful decision to house the 23 girls in the office dormitory measuring 20 feet by 12 feet with seven double-bunk beds only, containing 14 mattresses. That decision was a patent breach of the duty to promote the best interest of children, violated the statutory requirements and was accordingly negligent in all circumstances.

3)
In my view, the necessity for this repeated reminder indicates that Mrs Jarrett was well aware, despite her protestations, that children in the institutions were being held in isolated confinement for multiple days. This is so although even 'isolation', in any event, was not listed as an acceptable punishment.

4)
I find that in refusing to remove the girls who were both unwell and in denying the increased sessions to treat the urgent psychiatric problems in April 2009, both on considered medical advice, the deputy commissioner, Mrs Spence-Jarrett, was less than understanding, exhibited a degree of indifference and displayed poor judgement on her part.