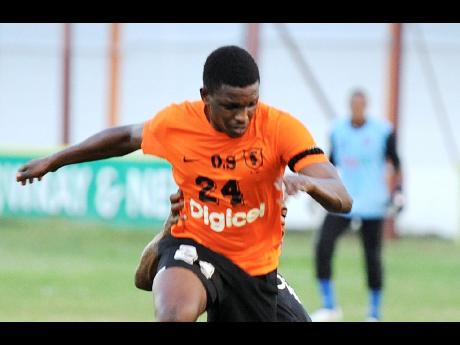 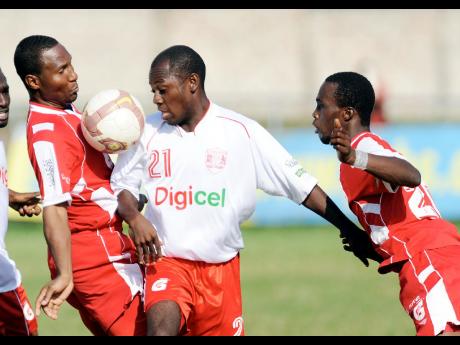 Neighbours Tivoli Gardens and Boys' Town will clash in what is expected to be a fierce contest as the two west Kingston giants face off in a Digicel Premier League derby match at the Edward Seaga Sports Complex this afternoon at 5 o'clock.

Tivoli Gardens will be keen to keep pace with league leaders Harbour View, who currently top the standings with 54 points. Tivoli Gardens (51) are in second, followed by Waterhouse (42) and Boys' Town (39).

Despite the 12-point difference between themselves and their opponents, Boys' Town will have the psychological advantage going into the match, as they won 2-0 when they visited Tivoli in the first round and played to a 1-1 draw with them on home soil in the second round.

Defending champions Tivoli Garden have, however, gone on an eight-game unbeaten run, making them the only unbeaten team in the fourth round. The Red Brigade, on the other hand, have secured only one victory in their last eight games, to go with three draws and four loses.

Harbour View will try to ensure that despite the result in Tivoli's game they remain leaders when they entertain cellar dwellers Portmore United (27). Portmore will be hard-pressed to avoid their third consecutive defeat against a Harbour View team which has lost only one of their last six games.

Waterhouse will be seeking their first win in the third round when they play host to traditional rivals Arnett Gardens (29), who occupy 10th position in the table. Waterhouse will need to remedy their poor run of form quickly if the are to maintain any hope of lifting the title this season. Arnett are, however, faced with a different problem as they are trying to remain clear of the relegation zone.

Eighth-place Sporting Central Academy (30), who have also been having a very poor third round, will be in for a tough challenge when they travel to Lynch Park to take on fifth-place St Georges (38). St Georges, who made it to the first end-of-round final, have found the going tough since and have failed to win in their last six matches.

The most improved team since the first round, August Town (31), will seek to get by ninth-place Village United (30) as they aim to tighten their grip on sixth place.

Meanwhile, Humble Lions (28) will seek to claw their way out of the drop zone when they tackle seventh-place Rivoli United (30).