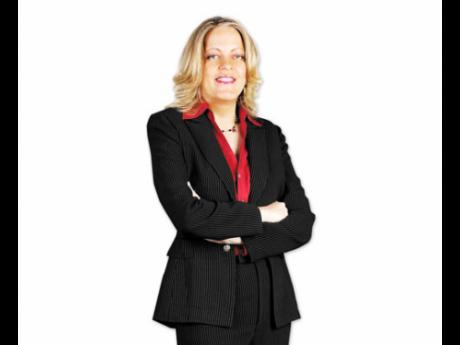 Schoor's previous position was that of senior vice-president, Wealth Management. In her new role, she continues to hold the position of chief executive officer of Scotia DBG Investments; Scotia Group's investment dealer and retail brokerage.

Anya has worked in the financial industry since 1993 and joined Scotia Group in 2006. If she were not in banking, Schnoor told
Flair
: "I have been doing finance and banking for so long that it is hard to think about what else I would have done. When I think back, however, I did not start my university education planning to do finance. I had initially wanted to study computer science.

"I had been introduced to my first computer in high school and fell in love with the possibilities it could bring. I, therefore, enrolled in university to study computer science. Along the way, however, I realised that I was not cut out to work in that technical environment, and was much more attracted to the world of finance and banking.

Today, as I look around, I think if I had to change careers now, I would get into something that allowed me to travel and see the world. I get excited when I visit new countries and meet people of different cultures. It makes me realise that the world is such a big and beautiful place with so much culture and diversity."

In her new role, Anya will be working closely with Scotiabank's International Wealth Management and International Insurance Groups, developing an integrated investment, insurance and private banking business and coordinating its implementation across Scotiabank's broad retail banking platform in Jamaica.

Schnoor is a director of Scotia DBG Investments Limited, Scotia DBG Merchant Bank Limited, Scotia DBG Fund Managers Limited and the Jamaica Stock Exchange. She is also actively involved in the financial services community, where she has served as the president of the Jamaica Security Dealers Association for the last three years. She also sits on the Finance and Investment Committee for Human Employment and Resources Training/National Training Agency and the Council of the Private Sector Organisation of Jamaica.