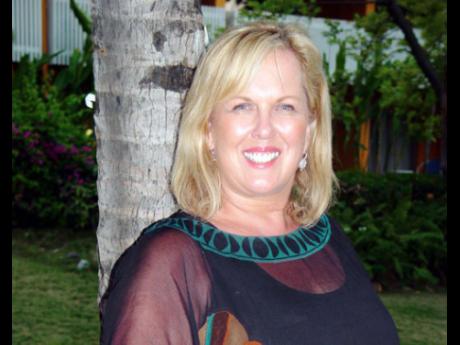 Marsh Engle, founder of Amazing Woman's Day, brings together women from around the world to form one of the most creative and transformational years of their lives. - photo by Keisha Shakespeare-Blackmore

On March 28, 13 Jamaican women will be honoured as pioneers for their contribution to their country and community by the United States-based organisation, Amazing Woman's Day.

Marsh Engle, chief executive officer of Envision Network and founder of Amazing Woman's Day, has lead women and men worldwide to create amazing lives for themselves through entrepreneurship, visionary business ventures, empowered success and unbridled feminine esteem. Engle has joined with Subhadra Bowman to bring Amazing Woman's Day to Jamaica. This was done through a launch held at the Hilton Kingston Jamaica hotel on February 18. The launch marked the first international extension of the Amazing Woman's Day activities outside of the United States (US) where the project has been highlighting the successes of women for a decade.

Engle owned and operated a marketing firm in Hollywood, US where she lives, but gave it up, after she had a series of life-changing experiences, to start an organisation that celebrates the lives of women.

"Within months back in 1999, a series of things happened in my life. First, my mother died, then I was diagnosed with a very serious health problem, and then my father died," said Engle.

She said after all that, she knew her life was going to change. So, she went in search of "amazing women" who would reveal to her the courage to step beyond the limited definition, and how she could discover the inspiration to take action. Engle began to study women and all the contributions they were making. For her, it's not about becoming amazing, but it is recognising that women are.

"It's time for us as women to join together and ignite our creative brilliance in doing more, and to make real contribution to our communities." She said during her study, she found that there are six essentials that women portrayed to begin transformation: envision, empower, ignite, explore, trust, and embrace. These, she said, are key characteristics in embracing one's abilities and talents.

Engle explained how Amazing Woman's Day came to Jamaica. She said in the late '70s, she started visiting Jamaica and fell in love with the island and how warm the people were. She met Bowman, who is Jamaican by birth but was living in the US, and over the years, the friendship grew. One day, after seeing the wonderful work Engle was doing, Bowman suggested they could go to Jamaica and celebrate the women there. Under the 2010 international extension programme, they came to Jamaica to scout out candidates.

As a part of the incentive and programme rewards as the first Jamaican honourees, the 13 women will be treated to feminine leadership training, health and fitness training, and a retreat that will educate and support self-development to effect community change, as well as to facilitate networking and assist them to attain the next level in their efforts. Engle also told
Flair
that the honouring ceremony will be in the form of a banquet, and proceeds from all the events will benefit the Hilton KIDS Charity.

"This will help in giving back, in terms of educating teachers, so children can have a better education. In so doing, we will be helping our future." She also noted that the funds will assist with school improvement to create a better learning environment for children. For Engle, her greatest reward in operating Amazing Woman's Day is that she gets to see the transformation in women's lives first-hand.

"The biggest surprise though, is seeing the greatness and the strength in others and, more so, to be able to recognise those qualities in ourselves," she added.

Engle is also a published author of three books featuring outstanding women, an entrepreneur and an acclaimed advocate for the empowerment of women.

In 2002, her activities in support of the creative innovation of women were written into the United States Congressional Record. In addition, she has been the recipient of numerous awards, including being nominated among the Power 100 Women in Entertainment and recognition from the
Los Angeles Business Journal's
Women Making A Difference Award.