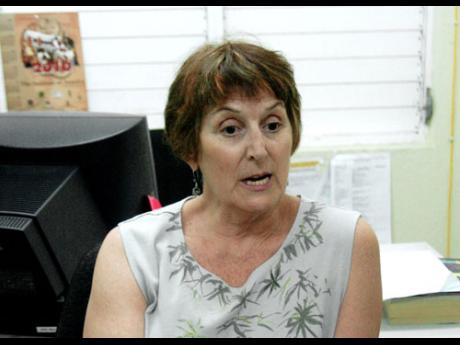 Injury led Kathy Bond to pursue Pilates. Decades later she is still exploring it as one of her passions and sharing it with students.

Pilates instructor Marion Robinson (centre) with advanced pilates students doing the Side Bend (and is, to some extent, the side plank posture in Yoga) - .Contributed
1
2

Kathy Bond believes in preserving the body and treating it with utmost care as it can result in, among other things, good heath and fewer doctor bills. "We only have one body and many demands are put on it," notes Bond.

A Canadian, Bond has more than 40 years' experience in Pilates and has been teaching for 12. Initially, she started out as a dance teacher, but due to injury had to retire from that activity. "I had been injured and because of this I was not able to use my body as I was used to having it work."

She then became more familiar with another fitness-related activity that she had been know-ledgeable about for some 35 years, but did not pursue full time. The change in her body, and its constraints caused by injury, however, lead her to connect with Pilates.

Today, she is the owner of Saskatoon's Pilates Training Centre, located in Canada and is one of seven trainers, certified with a Pilates Method Alliance Gold Certification, which is recognised internationally.

The Pilates enthusiast and instructor, is a part of the Edna Manley's School of Dance Artist in Residence programme and recently visited the island and school. Between February 9 and 20, Bond was invited to assist teachers and students with a new fitness and wellness programme being instituted, which incorporates Pilates.

"The college has added a new course. Dance is not only about therapy but also fitness. Pilates can aid students to have longer lives as dancers. It is quite beneficial to dancers as several of the students, after my sessions, have said that they've just had the best dance class so far."

Pilates, Bond notes, is not limited to a particular age range or gender. "Pilates is about the body, mind and breathing and there is no age limit. Right now, the average age is about 30 to 75 years. It is open to pretty much anyone who just wants to bring a deeper level of understanding and awareness to their mind and body. Dancers, athletes, even people with Parkinson's can do pilates."

Having taught Pilates for more than a decade, Bond says there is one thing that shouldn't come as a surprise to her, but still amazes her every time. "Watching people get out of pain and moving their bodies in a way they never thought possible."

Not being promoted as a weight loss programme, Pilates aids in the toning of muscles. It also helps in achieving flexibility and targeting deeper muscles which are not normally addressed in many exercise routines.

Pilates classes are offered for beginners up to advanced, with students having to learn the art of twisting and lengthening before advancing. After the first three classes, the instructor highlights that some students will feel a difference in the way their body feels and moves. "A lady in my class once told me that she had to adjust her rear view mirror because she started turning and moving her neck properly."

Bond has been blessed with two children - a daughter and son. Her daughter who currently resides in Saskatoon, Canada, like her, values the benefits of Pilates, especially because of her job which requires her to sit in front of a computer.