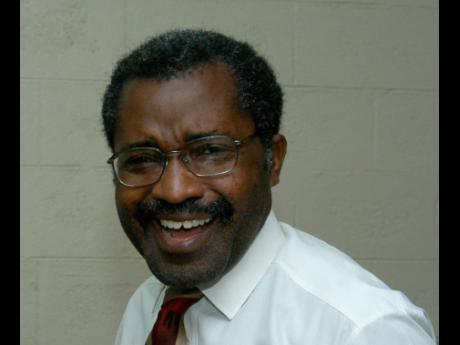 A senior scientist at the University of the West Indies says current practices used in Caribbean scientific research need urgent revamping as they give preference to individuals over institutions.

Professor Ishenkumba Kahwa, dean of the Faculty of Pure and Applied Sciences at the UWI, Mona campus, says the majority of research is conducted primarily by individual icons with their own research agendas instead of being spearheaded by institutions.

According to Kahwa, this has created little growth in science development in the region.

"If we continue doing science that way, it's not going to succeed because there's no sustainability," said Kahwa, who was addressing Caribbean journalists at a three-day science-reporting workshop held in Ocho Rios, St Ann, on the weekend.

"We need continuity too, as people are going to retire. Where you have an institutional arrangement, you can say we're going to be good at research on yam. When someone retires, you bring another person to continue the work."

Kahwa also noted that at least 70 per cent of the region's researchers currently do not meet certain publication standards. He, at the same time, said the region could produce more than the 400 research papers it does annually.

The senior scientist noted that the issue of resources was critical in order to establish research centres, and said UWI planned to embark on a project which would see the establishment of various centres for this purpose.

However, Kahwa said proper funding was needed for the project to be successful.

"If we don't have the funding to support those institutions, they'll get taken over by the icons again who'll run them the way they want," he said. "When they change their minds, the whole thing collapses as there's no continuity or succession."

Kahwa also pointed out there was difficulty in getting Caribbean leaders to spend more money on research and development, noting that many invested a mere 0.1 per cent of GDP compared with one per cent in other countries.

He said much confusion existed as a result of finger pointing among governments, scientists and the private sector instead of collaboration among all entities in order to move the region's scientific development forward.

Kahwa cited Brazil and Chile as examples the Caribbean could emulate, noting they had taken control of their development process by investing in education, science and technology as well as research infrastructure.

Approximately 20 journalists from Jamaica, St Kitts and Nevis, Trinidad and Tobago, Suriname, Cayman and Grenada attended the three-day workshop organised by UNESCO in conjunction with the University of the West Indies and the Press Association of Jamaica.

The workshop's objective is to promote increased collaboration between journalists and scientists in the coverage and reporting of science, as well as demystify scientific issues so they can be more easily understood by the public.