Why I tell His Story 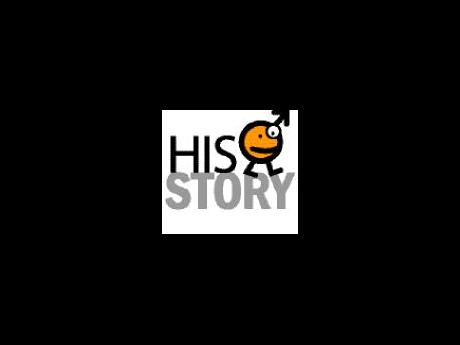 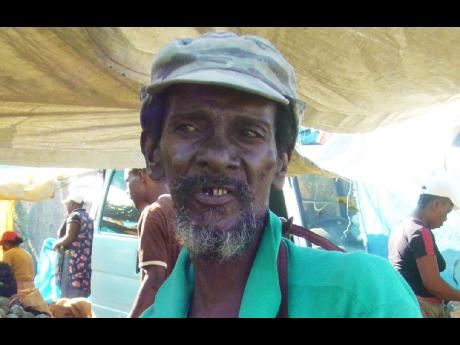 Noel 'Nutsy' Campbell has told his story in the first three years of this column. The vendor in the Papine Market, St Andrew, defied the practise of Jamaican men to tell his story about the abuse he suffered in his relationship in February 2008. - Photo by Paul Williams
1
2

Exactly three years ago, the first His Story article was published. The series was initially for a few months, but deep inside I knew it was going to continue as long as you wanted it.

I am a storyteller by nature and socialisation, and when the opportunity finally came for me to live my dream of being a
Gleaner
columnist, I was determined that it wasn't going to disappear like the puss I accidentally killed years ago, and wrote about secretly. Phew! With that said, my chest is now much lighter.

Coming from a home where my father (who didn't go beyond 'fifth book', but who can read very well) was, and still is, an eternal chatterbox, and my mother, a teller of duppy stories, I could not avoid being afflicted with an everlasting bout of verbal diarrhoea. I listened keenly to my father's historical saga, and to my mother's duppy stories, but hers I didn't believe for a second. They were, nonetheless, fascinating. We still argue about them, since I really don't believe in duppies.

The neighbours in my community wove their own versions of Anancy, Brother Tacoma and Big Boy stories, Rolling Calf, Three-Foot-Horse, River Mumma and other folktales. My mind would go beyond what they were saying and I would be lost in a world of fantasy. I started to create my own stories in my head. I would never tell anyone, but I was quietly rehearsing to be a storyteller myself.

And then I virtually lived in the community branch library, where I fed on regular diets of
Hardy Boys
,
Nancy Drew
,
The Bobbsey Twins
,
Winnie The Pooh
books and
Aesop
fables.
Marvel
comic books were also a staple in the house. I was hooked, and my imagination was nurtured right there in Glendevon, St James, at a time when you could sleep with your doors and windows open.

Venturing out of the mind

The Gleaner
and
The STAR
were also to play their part. I would read their stories and features, and imagine writing a column someday. There was so much to tell, so much to say; so much was happening in my head. I lay at nights going over events of the day, making them into stories, and figuring out how I could retell them creatively. I got excited by the mere thought of rewriting them the following day. Most of them didn't get written, anyway.

But it was my father's reaction to something I wrote that gave me the push. And I dreamed and dreamed, but somehow for years I just didn't get around to start writing seriously. I wasn't far from it though; teaching it to college students maybe was part of the preparation, and time was longer than the rope of tobacco that my mother saw the duppy man rolling on his leg, as he sat under a breadfruit tree in the middle of day.

Now, I am living my dream; a surrealistic journey it is. I saw my name in the papers in my daydreams many times and I would get goose pimples. And funny, when it eventually appeared I was quite blasé. It was like it was bound to happen. The feedback was generally positive and that's all I wanted, except that of a college friend of mine, who emailed me from Canada. He said I was very brave to be telling the story of men in a country such as ours. My reaction was, if we don't tell our stories, and in the ways in which we want them told, then who is going to tell them for us?

We, Jamaican men, do have many stories to tell about us, our families, relatives, friends, our joy and pain, triumph and challenges. But many of us were socialised to keep them all in. It's a sort of indirect silencing for the sake of protecting our masculinity. Too many of us are too 'manly' to say we are hurting, struggling and challenged. This muting of the emotions has destroyed some of us, causing us to fall into the deep ends. Those who want to talk, seldom have the opportunity to publicly say what it is that they are going through, and they are going through much.

So, whether it's bravery or not, I really don't care. I want to give a voice to the winner, the challenged and the vanquished. I want to tell our stories so that others can understand us, relate to and empathise with us, and learn from our experiences. As long as the story is true and worth telling, I will tell it. There are those who can never make it on to the pages because of their very personal and sometimes graphic nature, like one I had to deal with recently, and which is perhaps the inspiration for today's piece.

I got a call from a young man living in one of Kingston's tough inner cities. I called him back because he had no credit. For an hour he spilled his gut, lamenting how frustrated he was with life and his circumstances. A holder of Caribbean Secondary Education Certificate and Caribbean Advanced Proficiency Examination subjects, he cannot afford a university education. He's not earning much, and shares a one-bedroom rented flat with his mother. His father is still alive, but that's it.

I was flabbergasted by what he said about his own mother, who he claimed has been abusing him financially and verbally. The words he used to described her (not curse words) were not nice. And those for his father were not nicer. He's crying out, wanting to run to where no one can find him. But he has nowhere to run.

Nevertheless he had someone,
His Story
, to call to tell what he's going through. By just talking I got the feeling that his mood was happier, and the conversation ended on a light note. Yet, the life that he's living, the life that he doesn't want, goes on. It's stifling him, dehydrating him. I encouraged him to persevere and he promised he would. How many more like him are out there suffering in silence?

I am glad I can be a conduit for the voiceless and the timid. I write
His Story
because I want to help at least one person to return from the brink, to highlight our successes, to help me be a better person, because in telling
His Story
, I am telling my story, for I too have stories to tell.

NEXT WEEK: We begin a series of boys' home stories. Join us.