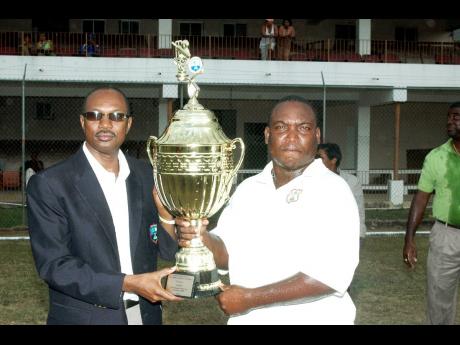 Jamaica marched to their third consecutive four-day championship title when they flattened Trinidad & Tobago by an innings and 72 runs just after lunch, on the third day of their final round WICB Regional first-class match yesterday.

Following on 235 behind on first innings, T&T collapsed to 163 all out with the spin pair of Bevon Brown and Odean Brown slicing through the lower half of the batting, after the regional limited overs kings had started the day in strife, on 66 for four at Progress Park.

By securing maximum 12 points with the victory, the Jamaicans climbed to the top of the standings on 60 points, relegating Barbados, who ended their schedule last week on 57 points, after handing Jamaica their only loss of the season.

"A third straight title says a lot for Jamaica and our cricket," winning captain Tamar Lambert said after the match.

"We played consistently over the past three years and that is the reason why we have won. We have worked hard work in practice sessions and tried to execute on match day," Lambert added.

With T&T beginning the day needing a further 169 runs to avoid an innings defeat, Jamaica got the ideal start and were celebrating as early as the first over of the morning when pacer Andrew Richardson removed Sherwin Ganga for 16. The left-hander flashed at a delivery outside his off-stump and edged a catch to wicket-keeper Carlton Baugh Jr.

Daron Cruikshank joined night-watchman Amit Jaggernauth and the pair resisted for over an hour and a half in a 47-run stand before being engaged in a terrible mix-up that left Jaggernauth run out for 18 at 114 for six.

Imran Khan linked up with Cruikshank 20 minutes before lunch but off-spinner Bevon Brown quickly broke the partnership and hastened the result by dislodging Cruikshank (35) and Gibran Mohammed (0) with successive deliveries in the last over before the break.

"We never really competed in our first innings and Jamaica capitalised on that and took the momentum into the second innings," T&T's captain, Daren Ganga said.

"We didn't bat well in both innings and it's been a problem this season, the inconsistency of the batting. Our batting never lived up to expectations," he added.

The result improved Jamaica's head-to-head record against T&T in the past decade to 10 wins against three losses and two draws in 15 matches.