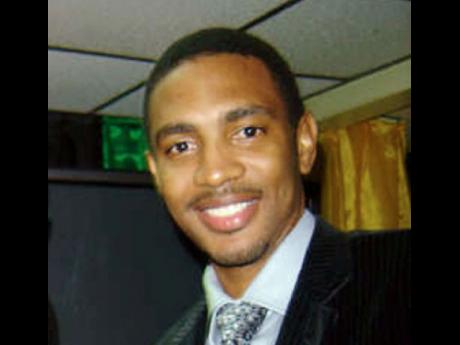 Patrick Ewing Jr., the eldest son of the NBA legend who played for the New York Knicks, looks all set to represent Jamaica, revealed Ajani Williams, president of the Jamaica Amateur Basketball Association.

The 25-year-old Ewing Jr last played for the Reno Bighorns in the NBA - Development league, but is currently rehabilitating after suffering an injury to his medial collateral ligament (MCL).

At the collegiate level, he last played for Georgetown University before being signed by the Sacramento Kings in the 2008 NBA draft.

Williams reveals that while he and basketball coach Sam Vincent were filing papers to FIBA for Indiana Pacers starting centre Roy Hibbert, who last year expressed his desire to represent Jamaica internationally, they were informed through FAME, the agency that represents Ewing Jr, that the six-foot eight-inch, 250-pound forward is desirous of representing his father's homeland at basketball.

FAME's vice-president, Danielle Cantor, confirmed that Ewing Jr wants very much to be a part of the Jamaican team.

"I can confirm that he is definitely 100 per cent interested in playing for the Jamaica national basketball team this summer, along with our other client Roy Hibbert," she said.

There were concerns over Ewing Jr's knee injury, Williams explained, but those were addressed by the FAME vice-president, who told them that the player is fully recovered and will be in top shape in time for the Centro Basketball Tournament between July 5 and 11, this year.

"He is playing full contact basketball and is in very good shape and will most likely be signing a full NBA contract this summer with one of a number of teams that have expressed interest, and should be back in the NBA by the start of the 2010/2011 season," Cantor said.

Centro is a qualifier for the CAC, Pan-American and Tournament of Americas championships, which are steps to Olympic qualification.

After being selected 43rd overall and signed by the Kings, Ewing Jr was traded to the Houston Rockets in a five-player deal that brought Ron Artest to the Rockets.

On August 29, 2008, Ewing Jr followed his father's footsteps and was traded to the New York Knicks in exchange for the rights of former first round pick Frédéric Weis.

According to Williams, Justin Leith, another basketball player of Jamaican heritage, also wants to represent his homeland.

Leith, who plays in the Argentine league, was born and raised in the USA but his father still lives here in Jamaica.

Leith currently averages about 20 points per game playing in the league that gave rise to players like San Antonio Spurs' Manu Ginobli.