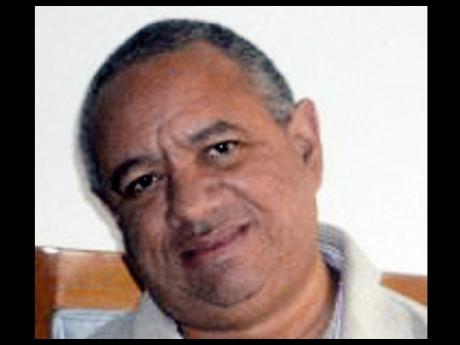 I've spent a lifetime scorning ceremony. The last graduation ceremony I attended was upon leaving fifth form. I 'graduated' one Friday evening and then returned to sixth form the following Monday at the same school. The incongruity of it convinced me never to attend another. And it didn't help that the many times that I trudged up on stage that evening to accept this or that 'prize' was rewarded by an empty envelope and a whisper from Father as the cameras flashed, "just pretend that there's something in it".

I learned then that 'ceremony' was synonymous with 'pretence'. Accordingly, when I 'graduated' from the University of the West Indies (UWI), my degree was delivered to me by post, as was my legal education certificate when I escaped from the Norman Manley Law School.

The Old Ball and Chain was attached to my ankle, yea, these many moons ago in a justice of the peace's office in the presence of two witnesses, as required by law. Both of the invited witnesses, were female but one took too long to wash her hair, so I left her and captured Ooksie as he arrived from work hot and bothered. He was told to take a quick shower, put on a decent shirt. "Why?" he asked.

"You're going to a wedding" I replied. "Whose?" he asked blankly.

"Hurry up already," was my curt reply, "I'll tell you on the way." This is how I set a world record for bridegrooms by being late for my own wedding. As it turned out, we didn't have an elaborate wedding followed by the drunken talk shop (aka 'reception'). Instead, we settled for a marriage; a fully furnished home, and the autograph of a currently famous sporting personality on our marriage certificate.

I learned then that ceremony and reality are usually diametric opposites. It seems Edward Seaga hasn't received the email because, in his not-so-thinly-veiled defence of the Jamaica Labour Party's (JLP) historic campaign against Federation, he wrote, "The West Indies Federation expected the people of 10 territories to become one nation." No, sir!

No more than it was expected that Old BC and I would become one person when the clasp was fastened 30 years ago. That's fantasy. Reality is that marriage is a partnership of two persons with the same goals. It allows them to pool resources to achieve joint acquisitions (e.g., a home via National Housing Trust mortgage) or social goals (e.g., children) more difficult to accomplish separately.

Similarly, Federation allows small states like those in the Caribbean to pool resources, find strength in numbers and achieve common goals (e.g., a louder voice in world affairs). Some may act to the partnership's detriment like Greece or Tiger Woods. It's up to the innocent partners to rally round the defaulting partner or consider expulsion. In marriage and Federation, partners act as one without trying to become one.

In Jamaica, the JLP allowed narrow political ambition to destroy a visionary partnership that was poised to reduce the effect of future economic and social hardships on Caribbean nations. The great Slinger ('Sparrow') Francisco's ode to what might have been says it all:

"People want to know why Jamaica run from the Federation ... .

and if you believe in democracy you'll agree with me.

Independence was at the door.

Why didn't dey speak before?

Dis is no time to say you ain't federating no more!!"

The only "underlying contradictory political priorities" for which Seaga now blames Federation's failures were the JLP's anxiety to oust the incumbent Government of the time. Every democratic decision of the Federation was grist for the JLP's mill of local discontent.

"When they didn't get the capital site dat nearly cause big fight.

When Sir Grantley Adams took up his post that even made things worse.

(They bawling) we ain't want no Bajan Premier;

Trinidad can't be Capital for here; so de grumbling went on and on to a big referandum

Tell de Doctor you not in favour

How the devil you say you ain't federating no more!!"

Seaga was part of that selfish decision and he must now live with the consequences.