Confession: Tiger Woods and everyone 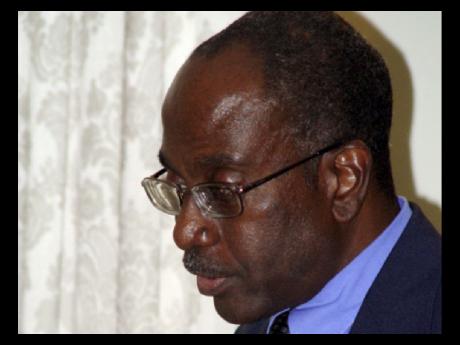 Any adult person who cannot, at least, identify with Tiger Woods in his ongoing sex saga is abnormal, too old, too forgetful or 'too lie' (untruthful). I say this because even if one has never committed adultery - and remember, there is physical as well as emotional adultery - one can still identify with the saga of desire for another to whom one does not belong.

Another dimension of this issue that is oft forgotten is that some of us who may be tempted to denounce Tiger Woods for his admitted adulterous affairs, if we are honest, have to give thanks that our desire for adultery - call it fleeting desire if that soothes you - did not meet with the opportunities that proved too much for Mr Woods.

I caught only bits and pieces of the televised confession a few Fridays ago, but recently, while at the auto shop, I heard a news item on the TV saying that one alleged mistress was a bit peeved that Mr Woods did not confess in more specific terms to his wife during that televised confession session.

That struck me as weird. Though I agree that genuine remorse prompts specificity in confession, such confession is not the business of a prurient gawking, gossip-hungry public (including former lovers) but should be reserved for those only who matter most, God, spouse and one's therapist.

There was one statement, though, by Mr Woods that caught my ears in the clip I picked up, and I hope I wrote it down accurately. He said words to the effect that having worked hard he thought he "was entitled to enjoy all the temptations around [him]." This reflects an unfortunate admixture of innocence and ignorance. Innocence in that temptations are by nature designed to mess you up, and ignorance in that Mr Woods apparently forgot his own vulnerability.

For your reflection, I offer a comment by Christian philosopher Dallas Willard that troubled me for years but eventually radicalised my approach to sin. "The thought of sin is not sin and is not even temptation. Temptation is the thought plus the inclination to sin - possibly manifested by lingering over the thought or seeking it out. But sin itself is when we inwardly say 'yes' to temptation, when we would do the deed, even though we do not actually do it." (
Renovation of the Heart: Putting on the Character of Christ
, 2002, page 33).

In other words, if desire inclines the will, though opportunity is lacking, confession is due to God.

From my own struggles in life, I remind myself ever so often that confession involves and implies at least three things.

3. A determination to repent (change).

Those who claim they have nothing to confess, even to God, concerning sexual temptation or sin should consider confessing the sin of lying.