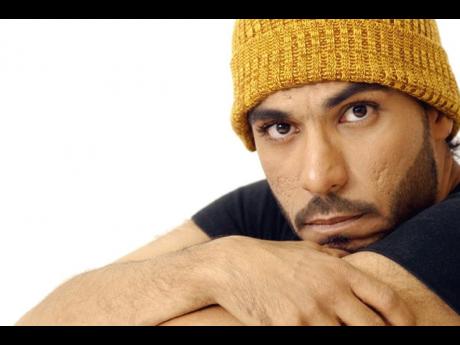 Venezuelan drummer/percussionist Lerryns Hernandez says he has been a big reggae fan since his teens. After following its rhythm patterns for over 20 years, he recently produced 'Reggae for Drumset', an instructional video released by Hudson Limited.

Using five songs, Hernandez guides viewers through the rudiments of various reggae grooves: the one-drop, steppers and rockers. He also gives a synopsis of reggae history and comments on some of the music's acclaimed drummers.

Rated as one of the leading drummers in South America, Hernandez started his career playing in a reggae cover band called Irie in his native Caracas. He told
The Gleaner
recently that he started work on the hour-long video two years ago.

"After developing the concept, I came in to Rock and Folk studios in Caracas, Venezuela, and we began recording the DVD directed by movie director Marcel Rasquin and produced by myself," Hernandez explained.

"During 2009, I established contact with Hudson Music and, in February 2010 we began selling the video."

The drum has been a driving force in Jamaican popular music since it began shedding its American influences in the late 1950s. Count Ossie and his drummers from the Wareika Hills region of east Kingston made their mark on songs like
Oh Carolina
, recorded in 1959 by the Ffolkes Brothers.

The ska beat of the early 1960s was defined by Lloyd Knibb of the Skatalites but was jazz-based. Many musicologists regard the rock steady beat later that decade as reggae's original drum sound.

Arguably the most influential beat is the one-drop, created by St Thomas-born Winston Grennan, a prolific session drummer in the 1960s who died in 2000. The sound evolved during the 1970s into steppers and rockers when Carlton Barrett of the Wailers, Leroy 'Horsemouth' Wallace and Sly Dunbar were the rage.

"I think he had a wonderful feeling and no less infinite creativity. On live gigs his energy was more than amusing," said Hernandez. "In my opinion, no one will ever play the One Drop like he did."