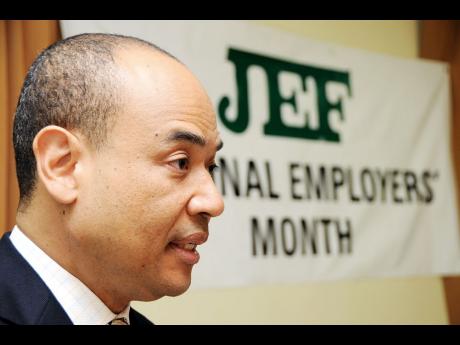 There was a time not so long ago when the progress of a Jamaican was measured by the three Vs. If one had a Volvo motor car, a VCR machine and a visa, preferably one issued by the Americans, he was adjudged to be sitting on top of the heap.

Things and times have changed but I would hazard a guess that whatever yardstick is used to measure progress today, for many people, having a visa permitting travel to the US is still a matter of some importance.

Each visa applicant is subject to extensive background and security checks, disclosure of intimate details and personal information. The private applicant is usually judged on his own merit and does not need government assistance in order to qualify for a visa.

It follows, therefore, that any cancellation or revocation of such a visa should revolve around the individual's action which runs counter to US law, for example, if the person is a terrorist or terrorist financier or if he is involved in criminal or other acts. The granting of a visa is a private matter and the revocation should also be kept between the individual and the Consular Office. This explains the recent brouhaha over the revocation of the American visa of prominent businessman Wayne Chen. The procedure, as I have been able to understand it, is that the consulate responsible for issuing the visa has an obligation to call in the individual and notify him of the revocation. In Mr Chen's case, this was not what happened.

He was left to face the embarrassment of taking his family to the airport and being turned away. His is not a unique experience. Entertainers, sportsmen, academics, publishers and politicians are among those who have received similar treatment. Although one would not raise this action to the level of an international crisis, one wonders if this decision to cancel Mr Chen's visa, for reasons so far undisclosed, will open up a diplomatic Pandora's box.

Local consular officers have steadfastly refused to cite the reasons for the revocation of Mr Chen's visa. We are aware that under the Patriot Act, which was introduced in 2001 after the 9/11 attacks, a wide range of reasons could be given. We also know that it is the prerogative of the US to determine who visits its shores. However, speculation is rife as to the reason Mr Chen's visa has been cancelled. From so-called legal experts to political onlookers, people seem to think it has something to do with the Government's handling of the months-old extradition request for Tivoli strongman 'Dudus' Coke. Some argue that by punishing one of its prominent citizens by holding him up to ridicule, the US is reminding our politicians that they are not just accountable to the citizens of Jamaica but the US can decide to ostracise any government it deems to be acting in a hostile manner.

I have some thoughts on this extradition request for Mr Coke. From all accounts, Mr Coke has never lived in the United States yet he is accused of being involved in the narcotics and gun-trade between Jamaica and the United States. As powerful as Mr Coke may be, it is impossible for him to do bad all by himself. It means there are collaborators or co-conspirators in the United States with whom he allegedly has been doing business. I have a feeling that if a national poll were to be conducted today, the majority of Jamaicans would say let Coke have his day in court.

If, indeed, the US government is angry with the Bruce Golding administration for dragging its feet on the request, the revocation should start at the level of Cabinet where the decision makers are to be found.

Dennie Quill is a veteran journalist. Send your comments to columns@gleanerjm.com.