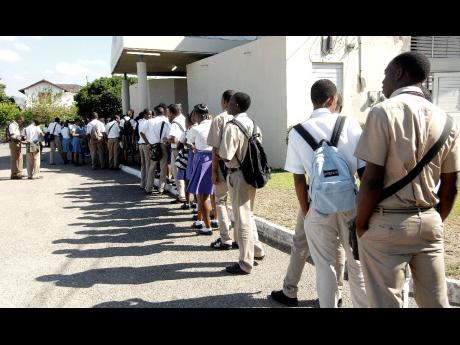 Some years ago a colleague introduced me to the Comparative and International Education Society (CIES). I subsequently attended a conference in Orlando in 2002 where I presented a paper on the 'Evolution of the Jamaican Education System'. I learned from then that there were degrees and courses in comparative education and that education systems around the world were not the same. The experience was an eye-opener.

We, in the Caribbean, have modelled many of our systems off models received from our colonial masters, who have been predominantly British. The education system has been no exception. Education systems are all subject to periodic reviews as the world changes. The current debate on the Caribbean Secondary Education Certificate (CSEC) programme in the Caribbean is not unique. The British went through a similar debate and so too the Americans, who explored the integration of general and vocational education.

The Caribbean Examination Council (CXC), itself, has not been static. Most of the issues I have raised are already under consideration by CXC, including school-based assessment for mathematics and English language. So we note, frankly, nothing in life remains constant.

The GCSE is an academic qualification taken usually by secondary students in England, Wales, and Northern Ireland. In Scotland, the equivalent is the Standard Grade. Some students may decide to take one or more GCSE before or after grade 11. The education systems of other British territories such as Gibraltar and the former British dominion of South Africa also use the qualifications, as supplied by the same examination boards. The international version of GCSE is the International General Certificate of Secondary Education, which can be taken anywhere in the world and includes options such as coursework (school-based assessment), modular and language of choice. When GCSEs are taken by students in secondary education, they can often be combined with other qualifications, such as Business and Technology Education Councils (BTECs), the Diploma in Digital Applications (DiDA), or diplomas.

The proverbial debate between general and technical education persisted. The establishment of the National Qualifications Framework was to give guidance to the value of various certification types. Much like what the Task Force on Educational Reform 2004 recommended. There are five examination boards offering GCSEs, which are regulated by the Qualifications and Curriculum Authority (QCA).

All subjects have coursework (SBAs) ranging from 10 per cent to 60 per cent of final grades. Grades range from A+ to G.

GCSE, at grades D to G, is deemed equivalent to a level-one (1) NVQ, while GSCE, at grades A+ to C, is a level 2 qualification. Most subjects, therefore, have a two-tier system - grades C to G are termed foundation, while grades A+ to C, are called higher GCSE.

The vocational GCSE (VGSCE), introduced in 2000, encouraged students to take the work-related route, which included courses such as engineering, manufacturing, applied business, information and communications technology (ICT), leisure and tourism. Since September 2004, the word 'vocational' was dropped and vocational GCSE is now simply known as GCSE. Therefore, if we wish to retain the British model, I see no reason why we, in the Caribbean, cannot use these reforms of the British system to inform the changes needed to improve CSEC.

I would also prefer if we used the same letter grading (A-E), inclusive of the A+, rather than the number grading (1-V1). If, however, we were to choose to retain the number grading system, we should include 1+ as a higher grade than grade 1 which is usually cut off at 75 per cent in some subjects. Again, this type of grading system (A + to E) is standard at the tertiary level. But, as I have been saying, we are behaving, by this model, as if we do not want all our students to progress to tertiary education. This is part of the revision we must seek.

As a country, we have high expectations for all of our students. After all, this is reflected in the philosophy emerging from the Ministry of Education - 'Every Child Can Learn: Every Child Must Learn'. As a consequence, we have a moral obligation to provide equal opportunity for all our students including those with special needs.

Ruel Reid is the principal of Jamaica College in St Andrew. Send your comments to columns@gleanerjm.com.