The glorious voice of Dawn-Marie 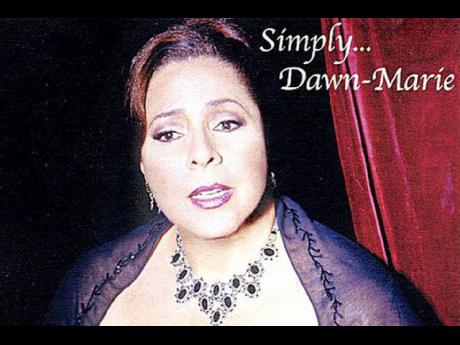 One of Jamaica's most celebrated sopranos thrilled her audience in a recital at Christ Church, Vineyard Town, on Sunday afternoon. Atlanta-based Dawn-Marie (Virtue-James) told The Gleaner Sunday's performance was to be her only one in the island for the current visit.

Which means local music lovers who missed the well-received recital will, for now, have to listen to the soprano on her CD,
Simply Dawn-Marie
. The more expensive alternative is to fly to Atlanta.

In that city, there are many opportunities to see and hear Dawn-Marie. She has performed extensively with The Atlanta Opera for 13 years, singing more than 10 roles. She has also had solo engagements with the Grammy Award-winning Atlanta Symphony Orchestra, the Atlanta Bach Choir, the Cobb Symphony Orchestra and at Georgia State University.

The founder and president of The Carilanta Players, a theatre group that performs works by Caribbean and American writers, she also teaches at Agnes Scott College, the Dekalb School of the Arts and in private classes. Additionally, she directs the choir at Memorial Drive Presbyterian Church.

Sunday's recital was given in two sections. Part one was more solemn with pieces such as J.S. Bach's
Lord, To Thee My Heart I Proffer
, and Samuel Barber's very brief songs
The Crucifixion
,
Sure on This Shining Night
and
Secrets of the Old
.

Though the other two items in the segment were light-hearted, the fact that they were in German gave them some gravity. The songs in question were Anton Dvorak's
Songs My Mother Taught Me
- the title of the recital - and Franz Schubert's
The Shepherd on the Rock
.

The latter, by far the most demanding in the section, tested the singer's vocal range and skills comprehensively. With her strong, controlled, expressive voice - and good memory - she passed the test and earned enthusiastic applause.

Part two was both longer and more varied in mood and subject matter. Thirteen songs were listed in the printed programme, but 15 were sung as the generous Dawn-Marie added not just one but two items as 'brawta'.

Not surprisingly, considering the title of the recital, there were children's songs among the offerings -
Polly Flinders
,
Christopher Robin is Saying His Prayers
and
Sing a Song of Six Pence
, for example. Three items -
Pueblito (Guastavino)
,
Al Amor
and
Del Cabello Mas Sutil (Obradors)
- were in Spanish. There were also (Negro) Spirituals and humorous songs. One of the former,
Me Alone
, was a traditional song arranged by Jamaican Noel Dexter.

Dawn-Marie showed herself to be quite the actress as she performed Menotti's
The Telephone
, and she had everyone in the audience chuckling away as she sang the very ordinary, even banal, words of a quite typical conversation. This was supposed to be the final item but, at the urging of the audience, she then sang the soulful, emotive
May the Lord Bless You
.

"Because I like it," was her reason for her final song for the evening,
Oliver
. This amusing song showed, again, the jocular side of her personality. That joyous personality, as much as her lovely voice, helped make the concert enjoyable.

Dawn-Marie is a University of Windsor, Ontario, graduate in music and she has won many awards, including Jamaica's 2002 Edna Manley Award for Excellence in Classical Performance. Internationally, she won a prize in the Johann Sebastian Bach competition in Leipzig, Germany, a scholarship in Spanish music to Santiago de Compostela in Spain and she was once a finalist in the International Song Competition in Brazil.

Dawn-Marie's excellent accompanists were Winston Ewart (piano), Peter Ashbourne (violin) and Stephanie Williams (organ). Part proceeds of the event will go towards the completion of the construction of a huge, nearly completed hall beside the church.