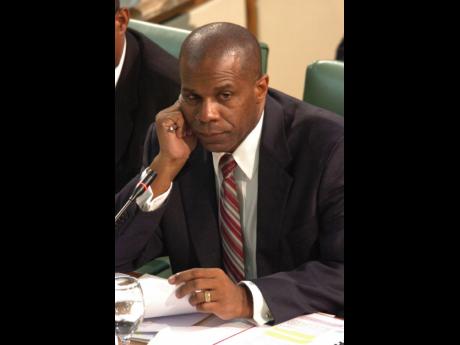 Contractor General Greg Christie has found that the multimillion-dollar air service agreements between Jamaica and American Airlines (AA) were "improperly and irregularly awarded".

Christie has suggested that action could be taken against the major state officials involved in the deal, including Minister of Tourism Edmund Bartlett.

According to Christie, the Bruce Golding administration was misled about details of the US$4.5 million airlift guarantee deal, which was signed even before it was presented to the Cabinet.

Christie said he has sent his report to the attorney general to "determine and to advise what appropriate and/or applicable actions may be taken or initiated against the Honourable Edmund Bartlett, Mr John Lynch and Mr Lionel Reid, having regard to all the circumstances of the case."

Added Christie: "The Honourable Prime Minister may choose to exercise his prerogative powers to discipline the honourable minister and two other public officers."

Efforts to contact Bartlett yesterday afternoon were unsuccessful as he was said to be en route to Spain.

However, last night
The Gleaner
received a copy of a letter sent to the prime minister by Bartlett, in which he outlined the process that led to the deal and stated emphatically that "there was no consideration that occupied us other than the cauterisation of a situation that, had it been allowed to prevail, would have spelt disaster for our economy, manifested by significant losses in tourism earnings".

Lynch was also said to be off the island, while Reid told
The Gleaner
he had not yet been able to read the report and would not be in a position to comment until he had done so.

According to Christie, the three "exhibited conduct of varying degrees which would suggest that they do not fully appreciate that they are public officers and that they must be held fully accountable to the taxpayers of the country for their actions".

The contractor general stated that Lynch signed contracts with American Airlines prior to these being submitted to and/or approved by the Cabinet, despite the fact that it was indicated to him that Cabinet approval was a condition for the award of the contracts.

Christie said, to date, he has seen no proof that there was Cabinet approval for the airlift guarantee deal.

He also rejected claims that the deal was an unsolicited proposal from American Airlines.

"The evidence which has been presented to the OCG (Office of the Contractor General) has indicated that JAMVAC initiated the deal with American Airlines, and not the other way around, as was falsely asserted by the Honourable Edmund Bartlett in his Cabinet submission ... ," Christie said.

The contractor general appeared sceptical about claims that tourism officials had entered into talks with other aircraft companies.

"In essence, the OCG has not been provided with physical evidence to indicate that other alternatives were weighed by JAMVAC before it was decided that JAMVAC would enter the air service agreements with American Airlines," added Christie.

Tourism officials, including Bartlett, have repeatedly defended the airlift guarantee deal which provided AA with money to ensure that it kept flying from three US gateways.

The tourism officials have argued that the deal ensured that visitors could get to the island and earned the country approximately US$50 million.