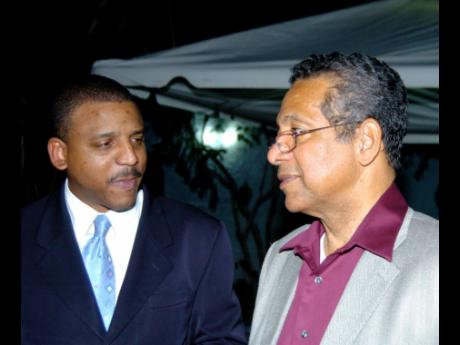 Cuban Ambassador to Jamaica, His Excellency Yuri Gala Lopez, is booming with confidence that ongoing talks with the board of management at the College of Agriculture, Science and Education (CASE) in Portland will greatly enhance the educational prospects of both countries.

Ambassador Lopez was a special guest at CASE in Portland last Friday and Saturday, where educators from the tertiary institution are seeking to expand the facility. The goal of the expansion is to increase CASE's student population from 2,000 to 10,000.

Ambassador Lopez's presence also pointed to the intention to foster an exchange programme among students from CASE and its counterpart in Cuba.

"We are neighbours from the same region of the Caribbean," said Lopez.

"We basically share one common culture, and history. A number of Jamaicans are studying in Cuban universities. My visit to this college could be the first step in trying to identify how we can move forward in the field of agriculture and related activities, and also to strengthen relations."

The ambassador noted that every attempt was being made to identify common areas of interest and institutions in Cuba.

Acting president of CASE, Robert Shippey, explained that one of the college's objectives was to ensure, in the short term, that a student-exchange programme be launched.

"An exchange of students from the various faculties will be vigorously pursued," said Shippey.

"In that way, we can transfer technology and skills between the two countries, which have had good and solid relations in the past."

Meantime Barry Wahrmann, chairman of the Grounds Buildings and Infrastructure Committee and of the board of management at CASE, said Cuba provided much by way of inspiration.

"We will use the Cuban experience and ideals to build the dream of CASE becoming the greatest university in Jamaica, the Caribbean, Central and parts of South America," said Wahrmann.

Lopez's visit was made possible through the persistence of Larry Robertson, a member of the Jamaica Agriculture Society, who spent a number of years in Cuba.

There are currently 281 Jamaican students pursuing higher education in Cuba under regional and bilateral scholarship programmes.