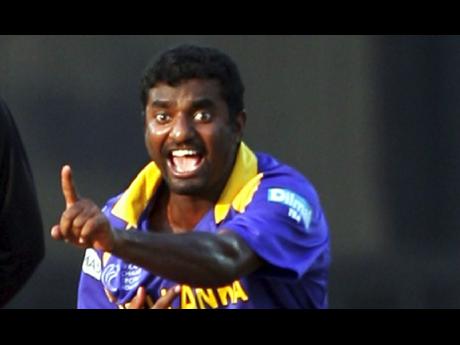 Muttiah Muralitharan has announced that he will torment West Indies one more time, and then pull stumps on his Test career.

Test cricket's most successful bowler has identified the West Indies' two-Test tour of Sri Lanka in October as the perfect time to end his involve in the longer version of the game.

"Maybe I will play one or two Test matches, that's it, and then retire," he told the
Sydney Morning Herald
yesterday.

"The Tests against the West Indies will be the last ones I will play."

The 37-year-old off-spinner has taken a world record 792 Test wickets and is aiming to become the first bowler to capture 800.

Sri Lanka's schedule includes three Tests in India in July, although that series is yet to be confirmed.

If this fails to take place, West Indies may very well confront a ravenous Muralitharan seeking to capture the eight wickets he requires for the milestone.

After the two Tests, Muralitharan has vowed to continue playing One-day Internationals until the 2011 World Cup to be jointly hosted by India, Bangladesh, and his homeland.

After this, he will hang his boots up and enter retirement, following nearly two decades of international cricket.

Muralitharan's career has been dogged by controversy, particularly over his unique bowling action ever since he was called for throwing by Australian umpire Darrell Hair during the Boxing Day Test at Melbourne, 15 years ago.