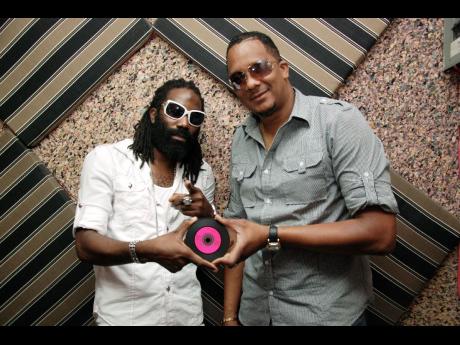 Persons familiar with the catalogue of reggae singer Ginjah would know by now that this talented lyricist, who came to the fore at Beres Hammond's Harmony House, is a humanitarian who can identify with the plight of the less fortunate.

In fact, songs such as
Look At The People's Condition
,
Protect The Children
and
People Need Love
leaves very little doubt that this singer/songwriter, who was born Valentine Nakrumah Fraser, is a man who wears his conscience like a badge of honour.

It is therefore no surprise that responding to humanitarian crisis brought on by the devastating earthquake which recently struck Haiti, Ginjah has decided to lend both his writing skills and vocal prowess in putting out a song titled
Desperate in Need
, which chronicles the situation now facing Haiti.

"The lyrics of the song were written in true Ginjah style," said Paul Lowe Chin, whose Chiney K Productions is responsible for putting out the song. "You can feel the care and concern in the song."

In addition to immortalising the Haitian tragedy in the song, Lowe Chin said he hopes the song will generate a lot of revenue as all the proceeds will be donated to Haiti as part of the relief effort aimed at easing the existing suffering.

"All the proceeds from the song will go to Haiti," said Lowe Chin. "This is our effort - Ginjah and Chiney K Productions - to show our care and concern for the needs of the Haitian people."

The song, which carries a rich, soulful flavour against a backdrop of a pulsating reggae beat, sees Ginjah bringing the desperate situation into sharp focus by singing about the "shortage of food, no medicine and no place to live."

The song also speaks to the mass dislocation, which has resulted in children being separated from their parents and families being torn apart and traumatised through mass deaths and life-threatening injuries.

In speaking to the conscience of those with the capacity to assist the Haitians, Ginjah makes it clear in the song that the disaster that struck Haiti could have happened anywhere in the world, hence the need for those who can help to do so.

"The song is speaking to the heart of the situation in Haiti that is why people can readily identify with it," said Lowe Chin, adding that the song was getting a lot of attention. "A lot of persons are quite impressed by the lyrics."

With Jamaica buying into the song, Lowe Chin is now looking to target the wider world. According to him, in another three weeks, the song will be available for sale on iTunes, Emusic, Amazon, Rhapsody and Napster.