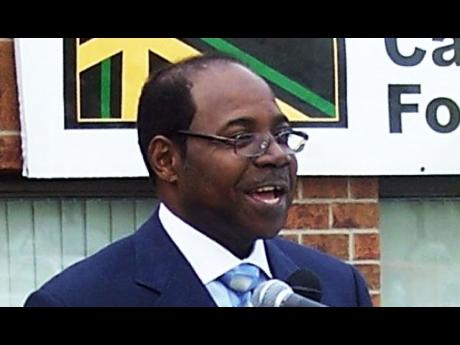 Comments on main conclusions of the contractor general of Jamaica arising out a special investigation conducted into the airlift guarantee agreements which were entered into between American Airlines and Jamaica Vacations Limited.

The genesis of this matter occurred between December 2007 and January 2008, when I was informed by the director of tourism and chairman of JAMVAC, Mr John Lynch, that American Airlines had indicated that it was preparing to withdraw flights from a number of gateways, as was done with the Puerto Rico hub. The Puerto Rico hub serves the Eastern Caribbean and the reduction of service from that location had a negative effect on the islands of the Eastern Caribbean.

American Airlines indicated that it would:

This significant reduction of service to Montego Bay would have had a disastrous impact on visitor arrivals to Jamaica.

I, therefore, instructed Mr Lynch to discuss this arising issue and its implications with American Airlines, with a view to preventing the loss of any routes. Subsequent to this meeting, I travelled to Miami with Mr Lynch, in March 2008, to confer with officials of American Airlines, and an initial understanding was arrived at.

The Hon Minister of Finance and the Public Service informed me, by way of letter dated June 10, 2008, that " ? the Ministry of Finance and the Public Service will support the seat support request and undertake to include such additional expenditure in the First Supplementary Estimates subject to the approval of Cabinet and Parliament." A Cabinet submission, dated June 12, 2008, was prepared and delivered to Cabinet Office but was subsequently withdrawn, after further discussions between the Hon Minister of Finance and the Public Service and myself with regard to the constraints for a letter of credit to be issued by the Ministry of Finance. It was, therefore, necessary to explore an alternative mechanism for financing any possible exposure that may arise under the air service agreement with American Airlines.

American Airlines subsequently submitted three contracts, which were reviewed by the ministry in the context of two fundamental considerations:

1. The purpose for which the contract was intended.

2. The financial cost(s) of entering into the contract.

The contracts were also referred to the Attorney General's Chambers for consideration. The attorney general duly replied on July 22, 2008, and recommended changes to over 16 clauses in the contracts. When the ministry sought to have these changes incorporated into final contracts with American Airlines, the airline rejected same and stated that its offer was standard contracts that were not subject to negotiation.

After due consideration and consultations, another Cabinet submission was prepared and submitted for approval. The submission was considered by Cabinet, and in Cabinet Decision No. 31/08, the Cabinet decided that "the matter should be withdrawn from the agenda to allow for further consultations on the recommendations and alternative proposals, including consultations with the Attorney General's Department".

Contents of circular no. 34

You will also recall the circulation by the Ministry of Finance and the Public Service of Amendments to Procurement Procedures for Commercial Entities, as contained in Circular No. 34, dated September 22, 2008, and your letter to the executive director of JAMVAC, dated October 7, 2008, requiring him to submit the internal procedures which will guide the agency, in light of the amendments contained in said circular.

Since this entire issue arose, we have written to the Ministry of Finance and the Public Service, requesting the development of a protocol to guide JAMVAC in the administration of matters of this kind. We await a response on this matter.

In fact, the contractor general admitted on page 86 of his report that, "These pieces of evidence indicate that JAMVAC made attempts to ensure that it was following the proper guidelines as it regarded entering into the airlift agreements."

The truth is that, in all circumstances, in content and in procedure, there was total transparency in the conduct of the air service agreements with American Airlines.

With regard to the retention of legal services, both the chairman and the executive director of JAMVAC considered the requisition from the Contractor General's Office to be sufficiently urgent and serious to require legal guidance. In fact, there was the threat of criminal prosecution. Furthermore, Section No. S-1000 (Page 1 of 4) of the
Government of Jamaica Handbook of Public Sector Procurement Procedures
, November 2008, allows exclusion of a procurement process for legal services for non-routine assignments and litigation. Accordingly, discretion was exercised to immediately begin discussions with a lawyer, and seek ratification at the next meeting of the board of directors, that was scheduled to convene later that month.

The fundamental issue raised by the contractor general is whether there was any dishonest intent that informed the consultations between JAMVAC and American Airlines; and also, whether any attempt was considered or made to deceive the Cabinet of Jamaica.

I can emphatically state that, given the extensive documentary trail involving the Ministry of Tourism and its agency, JAMVAC, the Ministry of Finance and the Public Service, the Attorney General's Chambers and the Office of the Contractor General itself, there was no consideration that occupied us other than the cauterisation of a situation that, had it been allowed to prevail, would have spelt disaster for our economy, manifested by significant losses in tourism earnings.

I do trust that this account will serve to clarify any misunderstandings and answer any questions that the report submitted by the contractor general may have given rise to.