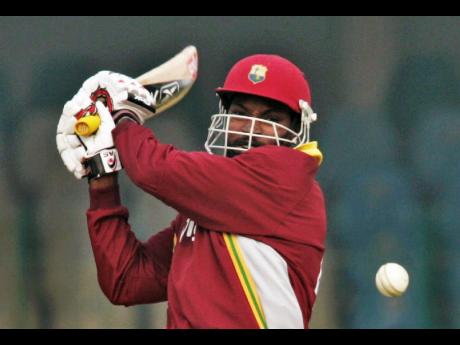 The spotlight is on returning captain Chris Gayle to provide the gust of energy the West Indies need to topple buoyant Zimbabwe in the first game of their five-match one-day international (ODI) series today.

Smarting from their horrible trip to Australia and the embarrassing loss to Zimbabwe in the series-opening one-off Twenty20 international on Sunday, West Indies cannot afford another slip in the first ODI at the National Stadium in Providence and new coach Ottis Gibson is confident Gayle can supply the boost they need.

"Skipper Chris Gayle is an inspiration to the guys," Gibson said, welcoming the big-hitting left-hander, who was rested for Sunday's T20.

Gibson declared himself satisfied with the practice sessions here since arriving from Trinidad early on Monday and he expects Gayle to have a positive impact on the team.

"He gives them a lift as if they are on cloud nine," Gibson added.

This will be Gayle's first competitive match since leading the West Indies during their winless series in Australia last month when they were beaten in both T20 internationals and 4-0 in the ODI series.

Gayle's recent form has been poor, but the Windies will bank on his ability to rip apart even the finest bowling attacks. In 15 ODIs against Zimbabwe, Gayle has scored over 1,000 runs, including two centuries.

Gibson, who took over as West Indies coach from interim coach David Williams, was jolted in his first assignment when Zimbabwe crushed them by 26 runs in Sunday's T20, but he has quickly contextualised that result as a failure by his team to adjust to the pitch conditions at Queen's Park Oval.

He believes Zimbabwe exploited the slow conditions better than West Indies did and Gibson has worked hard to rally the side after the distressing loss.

"Losing is never easy. It is always hard to take (but) defeats can be expected - it is how you bounce back from it that speaks volumes of your cricket. Our fans can expect us to go hard at them on Thursday," said Gibson.

Some West Indies fans would like to think Sunday's result was a fluke victory for the little-rated Zimbabweans, catching the Caribbean side off-guard, but touring captain Prosper Utseya is confident they can burn the home side again.

"We know the West Indies are a good team, but once we settle down and play good cricket, we know we can be tough for any opposition on any given day," Utseya said.

Conditions similar to Trinidad are expected with the National Stadium pitch at Providence set to be challenging, dry and offering assistance to the slow bowlers.

By Gibson's own admission, Zimbabwe applied themselves better in those conditions on Sunday but the 40-year-old Barbadian, who left the job as England's bowling coach to steer the West Indies, expressed confidence - based on their build-up this week - his side would improve their approach.

"Some of the guys understand how they need to play in certain situations and that's what we practised. I must say, judging from how they look, I am impressed with the way things have been going so far," Gibson said.

Gayle is one of a probable triple shuffle in the West Indies side, as batsman Narsingh Deonarine and spinner Nikita Miller, fresh from the Australia tour, may also be drafted in to replace Darren Bravo, Andre Fletcher and Ravi Rampaul.

Gibson is adamant that complacency was not to blame for Sunday's loss. In a clear reference to the Caribbean side's dismal No.8 world ranking, he declared that over-confidence was not an issue.

"We are not in a position to take anybody or anything lightly, hence I can safely say that complacency was definitely not an issue," said Gibson.

In spite of their win on Sunday, Utseya is understandably concerned about the weak batting Zimbabwe exhibited and wants improvement there while he welcomes another spin-friendly pitch.

"I must say that I am impressed with the spinners who handled the situation effectively but there is some concern in the batting department, especially with seven of our batsmen failing to get off the mark. Having acknowledged this, we will still be looking to come out on top over them," Utseya said.