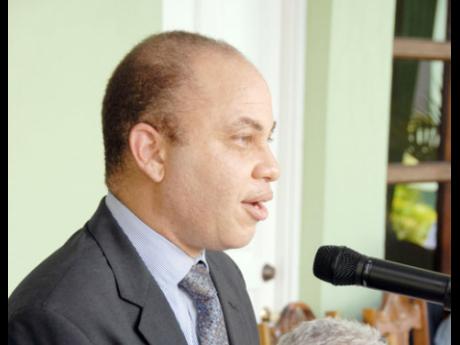 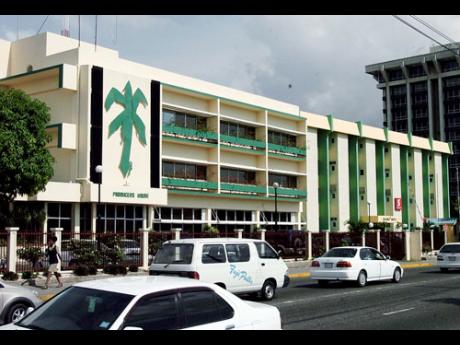 Producers House, the corporate base of Jamaica Producers Group, on Oxford Road, New Kingston, is seen in this December 2005 Gleaner photo. - File
1
2


Jamaica Producers
Group (JP) stock shot up more than 10 per cent in market trading Wednesday on the back of a better-than-expected earnings report that saw the company shaking off more than $2 billion of losses to return a profit of $210 million, surprising analysts.

The results come two years into JP's refocus on snacks as a driver of its new business model, under new Chief Executive Officer Jeffrey Hall, but it was its acquisition of a European maker of desserts that has truly paid off for the company in its financial year ending December 2009.

"The turnaround that JP achieved in 2009 was particularly challenging because we had to fundamentally reorient and reinvent our group and at the same time manage through a difficult economic environment," said Chairman Charles Johnston in a note to shareholders.

With the shedding of some of its European businesses last year,JP has become a $6.25-billion company by revenues, half of the $13 billion recorded in 2008.

But with the change, $2.4 billion of pre-tax losses - $2.13 billion from the discontinued operations - has become $307 million of profit before tax on its three main divisions - led by Europe, then Tropical and corporate.

JP Tropical Division, which comprises businesses in the Caribbean and Central America and is involved in the production and marketing of natural food and drink as well as management of land holdings, saw revenue growth of approximately 74.6 per cent, amounting to $1.2 billion, up from $706 million in 2008.

"Revenues benefited from more aggressive brand-led advertising and distribution of our processed snack lines as well as new product development," the company said.

During the year, the company introduced cassava, sweet potato and plantain chip snacks along with flavoured varieties and enhanced packaging.

With this, selling, marketing and distribution costs jumped to $330 million, up from $90.8 million in the previous year.

In the same vein, JP has also embarked on what is dubbed a peel campaign to push the fresh-produce segment.

"JP has achieved significant sales growth in its JP Tropical Foods snack business by bringing to the Jamaican consumer a strong blend of brand-led marketing, product and packaging innovation, and believes that an opportunity exists to bring the same standards to the market for Jamaican fresh produce," said CEO Hall.

"JP will launch in March a marketing campaign around bananas that will feature modern advertising, the use of first-class celebrity spokespersons appropriate to the brand and strong in-store promotions," he said.

According to Hall, the overall budget for the campaign is approximately $30 million.

Profits for the JP Tropical Division rounded out at $48 million, up from a loss of $225 million.

Over the last two years, JP has been working to transform its business model and structure - resulting in substantial leadership changes - prompting decisions to exit both its juice business in the United Kingdom and banana exports, giving up revenue of $9 billion in the process, its current report shows.

The latter decision marked a fundamental shift in business for the company, which was founded on the banana trade - as evidenced by the banana tree sculpted on its headquarters in New Kingston.

JP Europe, which also manages the shipping and logistics business in the UK and the Caribbean, now accounts for 78.2 per cent of the company's overall revenues.

JP Europe is primarily involved, through subsidiary Hoogesteger Fresh Specialist BV of The Netherlands, which it acquired in 2008, in fruit processing using inputs imported from around the world.

The division, which also operates a fruit juice extraction and bottling plant, earned revenues of $4.89 billion on continued operations in 2009, more than doubling the previous year's $2.14 billion. And its losses of $200 million on continuing operations has been transformed to pre-tax profit of $213 million in the 2009 period.

The corporate segment of JP's operation, which incorporates management fees and the manufacturers' investment activity, also reported profit of $46.4 million, but this was one-third its out-turn of $145 million in 2008.

Johnston has signalled to the market that the company continues to push aggressively in 2010 into new markets, through marketing and acquisitions, saying the focus would be on the Caribbean, Central America, United States, the Benelux region of northern Europe, and the United Kingdom.

"Our balance sheet strength is sufficient to both maintain our current businesses and to support our growth ambitions," said Johnston.

At December, Producers reported net assets of $4.6 billion, and capital reserves of $4.5 billion. The company is carrying just $70 million of loans.