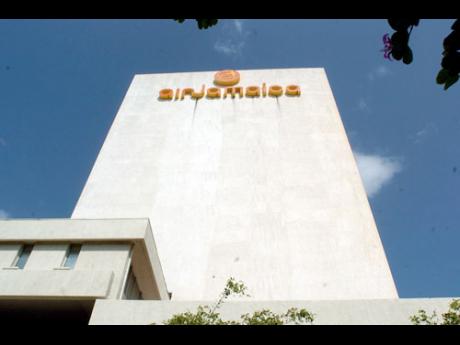 The Air
Jamaica building, corporate head-quarters for the national carrier, is on the market for sale, as the airline counts down to a final agreement with prospective buyer Caribbean Airlines of Trinidad.

Sale of the five-storey 32,802-square foot building, located on Harbour Street and overlooking the Kingston waterfront, was expected.

Prime Minister Bruce Golding indicated last month that the proceeds would be used to finance the airline's operations over the next few months until a decision is made about the national carrier.

The Government is now in negotiations with the Trinidad-owned Caribbean Airlines for the sale of Air Jamaica.

Negotiations were expected to be finalised with Caribbean Airlines by March 31, but that date has now been pushed back to about the second or third week of April.

Air Jamaica President Bruce Nobles told the
Financial Gleaner
that the Harbour Street structure was the only office space "owned" by Air Jamaica. The building has housed the airline's headquarters since 1969.

Nobles has not said how much the company expects to earn from the sale.

One broker said, however, that Air Jamaica's ability to command top price would rest on the condition of the building's structure, the air conditioning and elevator systems.

The deadline for sealed bids is March 12.

The building has 52 parking spaces, with all five individual strata lots being self-contained with separate male and female sanitary facilities. The airline said each floor is also partitioned with demountable gypsum board to provide general and private offices.

Nobles said that there have been several interests in the property, whose seriousness would be more clearly demonstrated when the bidding process closes next week.

On Tuesday, Nobles said the aircraft, which have been on the market since June last year at US$17 million each, have not yet been sold.

The airline president also suggested that Air Jamaica was willing to negotiate on price, saying it could change. There has been interest in the two aircraft, but no firm offers.