Chen-Young locked in denial by a financial bubble 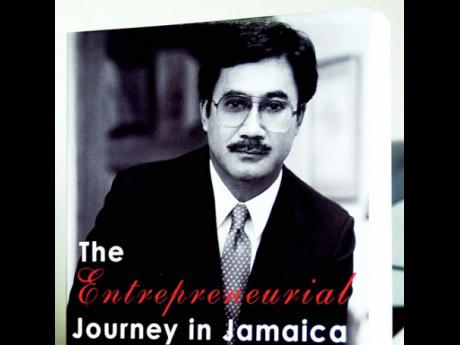 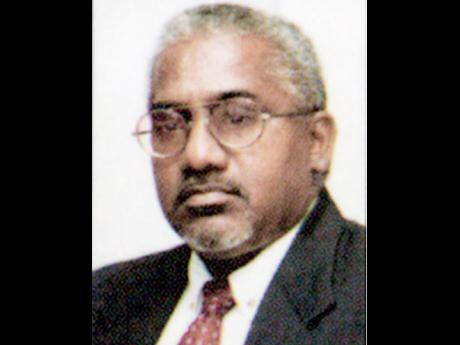 One of
my lawyer friends, whose record at the Bar is pretty good, emailed me with subject 'Chen-Young v Persaud' regarding Paul Chen-Young's March 1 letter published in The Gleaner, 'Answering Wilberne Persuad' (

My friend tells me he knows I won't actually need his representation to respond, yet respond I should. I said I did not plan to; the points were insubstantial, contradictory. Nevertheless, he insists I must - for the record.

Perhaps he's correct. Well, at least for the name record I must.

The printer's devil has misspelled, or is it 'maldigitised', my name. It is 'a' before 'u' except in persuade, spelling 'Persaud'.

But seriously, readers may imagine that I'm fed up. I am virtually constrained to respond to politically partisan, self-serving and, in cases, propagandistic displays related to analyses of Jamaica's mid-1996 indigenous financial services sector meltdown.

I've said in this column, on perhaps two occasions, that I've penned my last word on FINSAC. That was not to be.

Among displays aimed at reinterpretation or, you might prefer, rewriting of history, Dr Chen-Young's the most sustained and systematic. He has written one short article, a book, and now another, he informs us, for the benefit of the FINSAC commission of enquiry. This is easily understood.

He possesses both the skill and training to analyse the facts of such events. He is a trained economist, consultant, entrepreneur, experientially a Jamaican hands-on financier and former boss - a beneficial owner of what ended up a scorched Eagle Financial Group. But he finally admits in this letter, to the perhaps telling characteristic: conflict of interest.

Chen-Young has, in the past, exhibited myriad competencies and a healthy entrepreneurial appetite for risk. He was a pioneer in seeking to develop Jamaica's local financial services and capital market. None of this is negative but rather all positive, and, as I have said elsewhere, highly commendable.

There is but one flaw: he became victim to euphoria, wishful thinking at the heart of a financial bubble, locked in a state of denial. He is not the first, nor sadly, will he be the last to succumb to the magnetic, extraordinary, even addictive pull of forces that periodically occur in capitalism's and humankind's financial arrangements - a constantly evolving complexity, driven ultimately, most commentators agree, by greed. Wall Street 2008 is merely the most recent. We will likely experience another in 70 years or so, occurring in China or Brazil.

My response to Chen-Young's five points:

1 & 2.
For years, numerous devices detailed in my column and other public commentaries speak of my service on FINSAC's board. This continued for perhaps a decade. To omit telling it in one column compromises my views. (FINSAC through Dr Chen-Young's looking glass'
Financial Gleaner
, February 26) This is a ridiculous claim. It is made more absurd by Chen-Young's own assumed view of himself that "most readers are aware that I was at the helm of the Eagle Financial Group and therefore need not say so when I write about FINSAC and Eagle. Without doubt, I have a conflict of interest when I write about these entities and that is why I have always attempted to present as much information as possible to support any position that I have taken. Unfortunately, that cannot be said of Mr Persaud's writings."

In my case, readers are 'unsuspecting', expecting 'non-partisan' comment.

In his, "most readers are aware". He supplies information, I do not. That's his take. The double standard and contradiction overpowers. Readers may judge, it needs no further highlight.

ECB was never viable in the aftermath of two bank runs, one involving ECB itself. What was ECB's position with Bank of Jamaica's statutory reserve ratios and loans? It couldn't survive in an atmosphere of decimated confidence. Would a private-sector concern, in those times, have bought a rehabilitated ECB? I think not. So what public policy and economic imperatives could justify a costly individual restructure and rehabilitation?

As evidence, consider the IMF's Public Information Notice No. 01/57 of June 6, 2001, which states: "Union Bank has been privatised and the restructuring of National Commercial Bank (NCB) has progressed."

It continues: "Directors supported the assets disposals made by the Financial Sector Adjustment Company (FINSAC) last year, including the sale of Union Bank as well as the payment of cash interest on FINSAC securities in the 2001/02 budget. They endorsed the continued rapid privatisation of other intervened financial institutions, and encouraged the authorities to identify other public enterprises for privatisation."

It is this kind of statement to which I refer. These discourses come in 'code' even disinterested professionals fully understand. By the way, Eagle became part of Union Bank.

4.
This speaks of Chen-Young's current analysis of the meltdown, shared with the FINSAC commission of enquiry and his anticipation of the in-person presentation he considers it his duty to make. He apparently has an inspiration of sheer genius, allowing him to define mechanisms unknown for centuries, for handling a financial crash. We await these developments.

5.
Chen-Young denies Jamaica's development prospects were 'set back more than a decade'. In fact, productivity estimates for Jamaica clearly demonstrate that capital investment typified in the years of euphoric real estate development and inflation has been anything but robust in creating output and income.

Capital was sunk into heaps of unproductive ventures - huge ones being "Jamaica's most prestigious address", morphed into Crowne Plaza Hotel and opulent head offices, erections of our local financiers' 'edifice complex'.

Remember, it took another J$140 billion to rehabilitate the devastated financial services sector. This had to be done to avoid social wreckage - pensioners with no hope of survival, hard-working Jamaican United Kingdom migrants losing all their 40 years of accumulated savings, and evaporated insurance contracts.

We don't even mention potential unrest and mayhem which could have been the result.

I beg my readers' indulgence and pardon for repetition.

EDITOR'S NOTE: Paul Chen-Young's submission to the FINSAC commission of enquiry will be serialised in the Financial Gleaner in coming weeks.