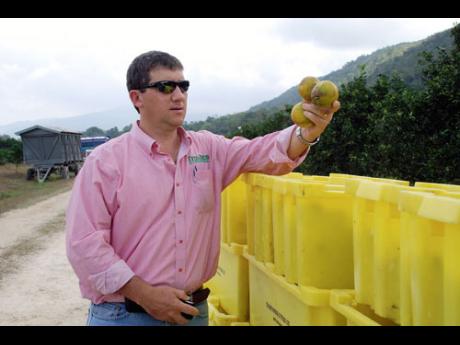 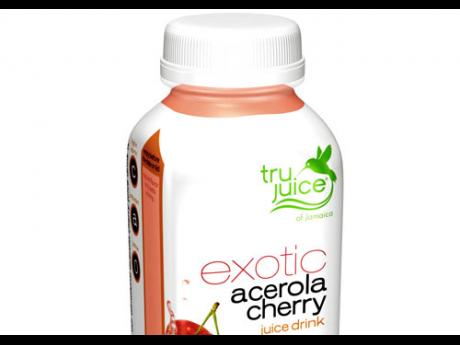 Three months
into a more aggressive push for foreign sales, Trade Winds Citrus Limited, makers of Tru-Juice, are reporting a 15 per cent surge in business in its overseas market, even while it struggles to maintain hold on its self-proclaimed 70 per cent domination of the domestic fruit juice market.

Trade Winds last year partnered with a Philadephia company, Zeigler's, to bottle and distribute its juices in select corners of North America. It plans to expand markets over time, the company said.

"Our target is to double sales in North America from 1,000 cases per month over a one-year period," said McConnell.

"So far, sales have increased by 15 per cent because it is more convenient for our distributors to get the products from Philadelphia than from Bog Walk."

The exported Tru-Juice has been rolled out in new packaging, in which McConnell said he invested J$4.5 million, but he has also been putting money behind expanding the range of products, including the introduction of Tru Tea, an iced tea product, and Calico Jack rum punch.

His new focus overseas is meant to offset falling demand in the Jamaican market where recessionary conditions have eroded disposable incomes, resulting in a flight to bargains.

"There has been a decline in volumes on the local market," McConnell told the
Financial Gleaner
last week during a tour of his factory and fields.

"Orange juice is not a must-have, so with less disposable income there has been a decline in sales; not detrimental enough to harm the business, but there was a decline."

Orange juice sales bring in 35-40 per cent of the business generated by the privately owned family business, while Freshhh fruit and juice drinks has control of about 20 per cent of the market.

As sales wobbled, Trade Winds downsized its operation to approximately 100 monthly paid workers, and another 400 who earn hourly and fortnightly wages out of crop season. In crop, the hourly and weekly paid workers grow to as many as 1,200, the company said.

It has not been as easy to tame production costs, particularly its energy bill.

"Our energy cost is more than the regular manufacturer because from the point of squeezing to consumption, our product must be kept cold," the managing director said, "so we are very sensitive to the cost of energy and fuel, and with constant increases, our costs have been negatively impacted."

The Trade Winds manufacturing facility is spread over 100,000 square feet of space, along with four orange orchards totalling 2,900 acres.

The largest orchard covers 1,100 acres in Bog Walk, and consists of a plant nursery, a packing house,juice processing plant and laboratory.

The nursery occupies 10 acres of land and according to Trade Winds has a production capacity of 100,000 citrus plants per year, while the fresh fruit packing house prepares fresh citrus fruits for the local and export market.

In this facility, fresh citrus fruits are washed, waxed, sized and packaged into bags, cartons or bulk pallet bins. The product is then shipped as refrigerated cargo to markets in Europe and the Caribbean.

According to McConnell, local farmers contribute 10 per cent to 40 per cent of the company's throughput.