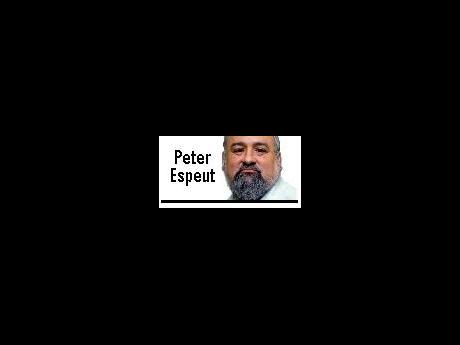 According to Wikipedia, 'friendly fire' is an expression meaning gunfire from one's own side or allied forces, as opposed to gunfire coming from enemy forces. Friendly fire occurs when there was intent to do harm to the enemy, which causes injury to one's own side. A death resulting from a negligent discharge is not considered friendly fire, says Wikipedia.

On February 13,
The Gleaner
ran a story headlined 'Cops shot in friendly fire' and editorialised about the incident two days later. It is a bizarre story. A 16-year-old Clarendon girl was kidnapped - taken from a taxi on her way to school - and investigators from the Organised Crime Investigation Division (OCID) went to Clarendon to probe the crime. They set a trap to catch the kidnappers as they collected the ransom. Somehow - we have not yet been told a straight story - policemen based in Clarendon appeared on the scene and opened fire on the OCID policemen, wounding two of them. This is being referred to as 'friendly fire'.

What we were not told in this case is that the Clarendon policemen approached the OCID plainclothes policemen, were greeted with gunfire, and then returned the fire, after which men with gunshot wounds were found in bushes. What we have been told is - exactly nothing!

So who opened fire first? The rules of engagement governing use of force by the Jamaica Constabulary Force require that policemen not use more force than is necessary to apprehend suspects; this is why they have a standard press release claiming that 'the bad men fired first', for normally, they are not allowed to fire first. Clearly, in this Clarendon case a policeman fired first, shooting another policeman. Was the shooting justified? Remember that "negligent discharge is not considered friendly fire".

Last year, Jamaica's police shot and killed 145 Jamaicans, one of the highest rates of police killings in the world. Many more were shot and wounded. Were these shootings justified? What is the minister of national security doing about them?

Two months ago, on January 17,
The Gleaner
published a story headlined: 'Cop accidentally kills colleague'. The story begins "A policeman wept bitterly after realising he had fatally shot one of his colleagues in the busy downtown area of Montego Bay yesterday."

It continues: "Reports are that McFarlane, who has been on suspension from the Island Special Constabulary Force for the past year, tried to apprehend a pickpocket who had robbed a tourist at a restaurant on Harbour Street. It was while he was chasing the thief from Harbour Street on to St James Street that he fired a warning shot in the air from his licensed firearm. It is reported that the policeman, who was recently transferred to the tourism capital, saw what was happening and accosted McFarlane.

"Several shots were fired and McFarlane was shot in the chest and foot. According to eyewitnesses, they heard when McFarlane identified himself as a member of the force. During the shooting along the busy thoroughfare, a Jamaica Union of Travellers Association operator, who was driving on St James Street, was grazed by a bullet that went through his bus, ricocheting into a store window. A blind man was also reportedly caught in the crossfire."

Is there anyone to weep bitterly for the blind man and the taxi operator who were casualties in this incident? Was this shooting of one policeman by another justified? Remember that "negligent discharge is not considered friendly fire". At this rate, the police will decimate their own ranks with 'friendly fire'.

No sympathy for bad men

The Police Federation accuses human-rights activists of sympathising with accused persons shot by the police, but showing no sympathy for policemen shot by 'bad men'. In the two cases above, I expected the Police Federation to come out in support of their members who were shot and wounded, or shot and killed by their colleagues, calling for their members to adhere to the rules of engagement.

Why does the federation not condemn their members when they do wrong? If a policeman is charged for shooting and wounding or killing another policeman, I suppose the federation will pay for a lawyer to defend the accused policeman, while paying another to look out for the interests of the policeman who was shot. Schizophrenia!

In the meantime, who is going to rein in our out-of-control police force?