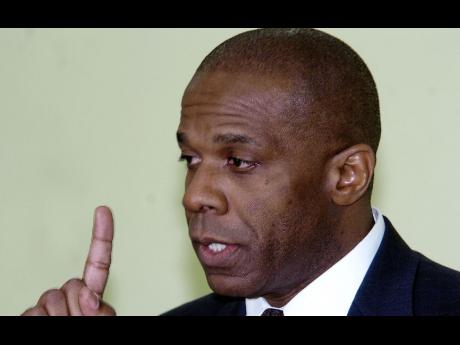 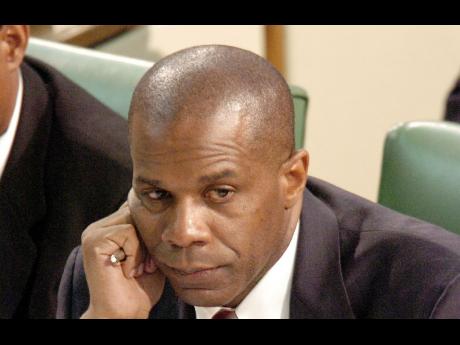 Contractor General Greg Christie yesterday formally wrote to the speaker of the House of Represen-tatives, the president of the Senate, the prime minister and the attorney general, in response to a letter written by Edmund Bartlett, minister of tourism, to Prime Minister Bruce Golding, regarding the American Airlines airlift guarantee agreements.

Re: Response to letter from the Hon Edmund Bartlett, minister of tourism -
Report of Investigation
- Conducted into the Airlift Guarantee Agreements which were entered into between American Airlines (AA) and Jamaica Vacations Limited (JAMVAC) and Supplemental Report of Investigation into the Retention of the Legal Services of the Law Firm DunnCox, by JAMVAC.

I have the good honour and privilege to write to you with reference to my letter of February 24, 2010, under cover of which the
Special Report of Investigation of the Office of the Contractor General
(OCG), in the captioned regard, was formally conveyed to you.

Today's edition of
The Gleaner
newspaper has reproduced the text of a letter which was reportedly written to the prime minister, the Hon Bruce Golding, by the Minister of Tourism, the Hon Edmund Bartlett, in response to the findings, conclusions, referrals and recommendations which are set out in the referenced OCG
Report of Investigation
.

The OCG, in the discharge of its lawful mandates, for and on the behalf of the Parliament, People and Taxpayers of Jamaica, has deemed it imperative that a formal Response to the said letter is placed on the record. The OCG now responds as follows:

1.
The OCG is of the view that Mr Bartlett's letter is obfuscatory and has not, in any way, credibly addressed nor challenged any of the material findings, conclusions, referrals or recommendations which are set out in the report. In point of fact, it must be emphasised that there is nothing in Mr Bartlett's letter which has not been addressed or responded to in the OCG's
Report of Investigation
.

2. Of paramount significance is that the veracity and integrity of the three findings upon which the OCG has made its formal referrals and recommendations to the Hon prime minister, and to the Hon Attorney General, for disciplinary action to be taken against Mr Edmund Bartlett, Mr John Lynch and Mr Lionel Reid, have remained undisturbed by the pleadings of the Honourable Minister.

You will recall that the three findings, which are summarised on Page 16 of the report, are that:

(a) Mr Bartlett made false and material representations in his September 9, 2008 written submission to the Cabinet of the Government of Jamaica. In plain language, the minister purpose-fully misled the Cabinet. This is an incontrovertible and yet-to-be-explained fact which even the minister himself cannot deny, having regard to the weight of all of the sworn and written evidence which has been entered upon the record.

(b) Mr John Lynch signed three agreements with American Airlines and, in so doing, committed the Government and taxpayers of Jamaica to a contingent debt of over $400 million. Mr Lynch embarked upon this curious excursion without first submitting the matter for the consideration and approval of the duly appointed Cabinet of the Government of Jamaica although he, himself, in a letter dated June 12, 2008, to Mr Peter Dolora, the senior vice-president of American Airlines, conceded in unambiguous terms that "... a commitment of this nature requires the approval of Cabinet". In the final analysis, and irrespective of all that Mr Bartlett has said in his letter, the fact remains that the referenced agreements, with American Airlines, as at February 2010, had not been approved by the Cabinet of the Government of Jamaica.

(c) Mr John Lynch and Mr Lionel Reid engaged the services of the law firm of DunnCox, and incurred significant expenses therefore, prior to and without obtaining the requisite approvals of the board of directors of Jamaica Vacations Limited (JAMVAC) and/or the permanent secretary who is the duly appointed Accounting Officer of the Ministry of Tourism. In this regard, it must be emphasised that the provisions of the Financial Audit and Administration Act hold the permanent Secretary of the Ministry of Tourism fully accoun-table for all payments, which are made by JAMVAC.

It is the OCG's considered view that there is absolutely nothing in Mr Bartlett's letter which even comes close to absolving Mr Bartlett, Mr Lynch or Mr Reid from culpability for their egregious conduct in any of the afore-stated matters, all of which are singularly and collectively of grave national import.

If what Mr Bartlett is actually saying in his letter is that the exemption from the Government's Procurement Rules (which was granted by the Administration to JAMVAC and three other state agencies in September 2008) (a) authorises him to deceive the prime minister and the Cabinet of Jamaica to which he is directly accountable and, (b) entitles Mr. John Lynch, a public officer, to behave in a manner which would suggest that he is above the law and is of a higher standing than even the prime minister and the Cabinet of Jamaica, then it is clear that Mr Bartlett is helplessly misguided and must, in the public interest, be expeditiously brought into line not only by the prime minister but by the Parliament of Jamaica.

In any event, if Mr Bartlett indeed holds the above-referenced views, the OCG would have been vindicated in the many objections which it had strenuously lodged against the granting of the said exemptions when it had publicly warned, in two media releases, dated October 2 and 6, 2008, that the exemptions would have, among other things, not only opened up the flood gates to corruption, indiscipline and a lack of transparency in public contracting in Jamaica, but that it would also embolden public officers, such as Mr Bartlett and Mr Lynch, to behave as if they are a law unto themselves and are accountable to no one.

On a final point, the OCG wishes to emphasise that the referenced airlift agreements with American Airlines, in Mr John Lynch's own words, "were signed contem-poraneously prior to August 11, 2008". This was more than one month before JAMVAC was exempted from the application of the Procurement Rules on September 22, 2008. Accordingly, Mr Bartlett's veiled attempt to excuse Mr Lynch's conduct by relying upon JAMVAC's exemption from the Procurement Rules is nothing more than an obfuscation and a blatant distortion of the facts, which is clearly intended to further mislead the prime minister, the Cabinet and the taxpayers of Jamaica.

Further, it was conceded by none other than the Prime Minister and the Minister of Finance, Mr Audley Shaw, following the grant of the referenced exemptions in September 2008, that the OCG, despite the granting of the said exemptions, has an overriding and statutory authority, under Section 4 (1) of the Contractor General Act, to monitor the award and implementation of Government contracts "with a view to ensuring that such contracts are awarded impartially and on merit and in circumstances ... which - do not involve impropriety or irregularity".

Exempting a public body, such as JAMVAC, from the application of the Government's Procurement Rules, does not, therefore,
ipso facto
, exempt the public body from the jurisdiction and scrutiny of a contractor general to ensure that all public body contract awards are settled in compliance with the standards that are prescribed by Section 4 (1) of the Contractor General Act.

I avail myself of this opportunity to renew to you the assurance of my highest considerations.