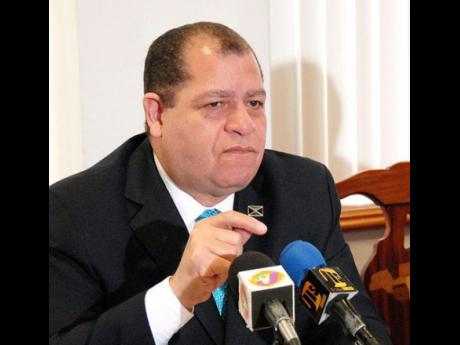 The long-awaited Financial Investigations Division Act could be tabled in Parliament next Tuesday.

The act, which was introduced in 2004 by the former People's National Party administration, gives the Financial Investigations Division legislative approval to probe crimes involving money laundering and fraud as well as the financing of terrorist activities.

Finance Minister Audley Shaw told
The Gleaner
yesterday every effort would be made to complete the outstanding law before the 2009-2010 legislative year ends on March 17.

He said the urgency to complete the bill was driven by several reasons including the Financial Investigations Division's difficulty in accessing critical information from overseas sources, as it did not have the force of law to investigate financial crimes.

Shaw also pointed out that some of these weaknesses were revealed recently during investigations into the operations of alternative investment schemes.

"The urgency of passing the Financial Investigations Division Act also relates to commitments the Government has in relation to the Caribbean task force on financial crime, of which Jamaica is a member," said Shaw.

The finance minister also said the Government had also made commitments to multilateral agencies such as the International Monetary Fund, the World Bank and the Inter-American Development Bank, as well as the European Union, of its intention to wrap up the outstanding bill.

Several amendments to the bill were made during Wednesday's meeting of the joint select committee established to report and review the bill.

Under the act, persons who knowingly make false declarations, or false statements of a material nature, can be fined up to $1 million, imprisonment for a term not exceeding a year, or both, on conviction in a resident magistrate's court.