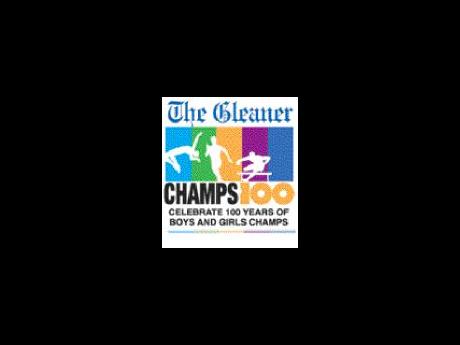 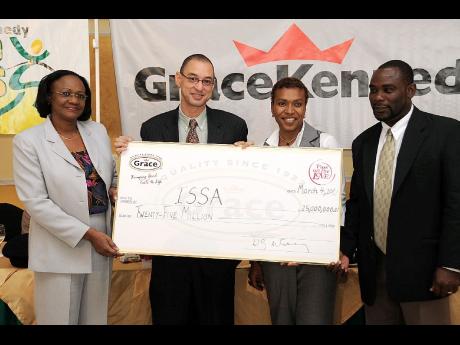 The 100th staging of one of the world's premier age-group athletic championships, the Inter-Secondary School Sports Association (ISSA)/ GraceKennedy Boys and Girls' Championships, was launched yesterday amid great fanfare at the Terra Nova All-Suite Hotel in New Kingston, with another 19 days to go before its start.

Kingston College will look to stave off the challenge of 94 other boys' teams as they try to secure their 38th lien on the coveted championship trophy, while the Holmwood Technical juggernaut will come against 104 competing female teams as they target a continuance of their glory streak, which has secured seven straight wins so far.

Organisers are going all out to ensure that the centenary staging is a special one, and have incorporated a number of new features into the overall celebrations, such as an eight-hour torch run which will start in Manchester and end at the National Stadium, and a book launch, among other things.

Additionally, the Queen's Baton Relay, which serves as a prelude to the Commonwealth Games (scheduled for New Delhi, India, later this year), will make its Jamaican stop on the final day of the championships and will be paraded in front of spectators during a special ceremony.

ISSA boss Dr Walton Small, who also serves as principal at the Wolmer's High School for Boys, hailed the meet as a major factor towards the continued excellence of Jamaican athletes on the international scene.

"The celebrations of the championships are brought into greater focus when one looks at the unique opportunity that it provides to our athletes; (opportunities) which no other athlete in their age group in the world is exposed to," said Small. "The rigours of the rounds, the structure of the meet and, most importantly, the huge crowd before which they have to parade their skills. It is no wonder when they are on the world stage our athletes are not fazed or awed by huge crowds."

Small also took time out to mention that his organisation was looking to establish a Hall of Fame in the near future, as it continues to honour the legacies of the country's top high-school sporting heroes.

GraceKennedy has spent in excess of $135 million since aligning itself with the championships, and Group Chief Executive Officer Don Wehby noted that the meet's impact on nation building is in line with GraceKennedy's own ethos.

"Today, we celebrate this milestone achievement. One hundred years of honing Jamaican athletic talent, 100 years of contributing to Jamaica's track and field development, 100 years of being the cradle of Jamaica'scontinuing growth and development in athletics," said Wehby. "GraceKennedy has always seen it fit to contribute to the development of the nation's youth, and we have demonstrated this in many ways."

Lime pumped $8 million towards this year's staging of the meet, and country manager Geoff Houston is happy with their involvement.

"We are very happy with our involvement and we wish the best of luck to all the participants and encourage everyone to do their best and, above all, have fun," said Houston.

Tickets for the four-day meet went on sale yesterday, with season tickets being made available to the public at a cost of $4,500 (premium) and $3,500 (category 2).

Other tickets will go on sale on Friday, March 19, one week before the championships, at the following costs: On the first and second days of the meet, children will pay $100 while adults will pay $300 to gain access to the National Stadium.

On Friday, it will cost $1,300 for access to the grandstand and $500 for bleachers tickets. A special rate of $350 will be made available to schools during this day as well. Saturday's all-action final day will attract ticket prices of $2,000 and $2,500 for the grandstand area and $1,000 for the bleachers.