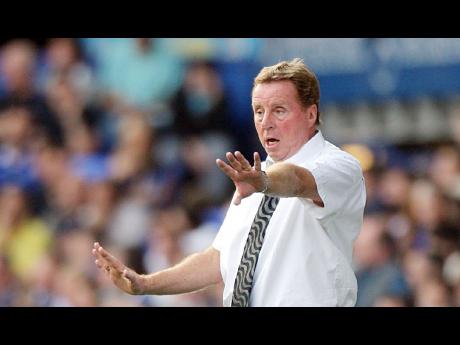 Tottenham and Aston Villa play FA Cup quarter-finals this weekend, knowing they will rarely have a better chance of winning the famous trophy again than they do this season.

Manchester United, Liverpool, Chelsea and Arsenal have between them won 13 of the past 14 FA Cup finals but Chelsea, who host Stoke on Sunday, are the only one of the Premier League's so-called big four left in the tournament.

Tottenham are at Fulham tomorrow, having won the last their once-record eight FA Cups in 1991, while seven-time champion Aston Villa are at Reading on Sunday without a title since 1957.

But Villa have already been to one Wembley final this season, losing Sunday's League Cup final 2-1 to Manchester United.

"Hopefully, we'll get back in the FA Cup," Villa goalkeeper Brad Friedel said. "We were determined to try and get through in the FA Cup anyway.

"But it will make us all the more determined."

Reading are the only second-tier club left in the FA Cup, world football's oldest tournament. Sunday's match is a welcome distraction from the Royals' gruelling battle against relegation from the League Championship.

Reading have only made it to the FA Cup semi-finals once before, way back in 1927 when it lost to eventual winner Cardiff. But they have beaten Premier League Liverpool and Burnley already in this season's tournament.

"Villa are strong, quick and they've got pace all over the team," Reading manager Brian McDermott said. "For Sunday, we have to concentrate on our strengths and play to our strengths.

"We'll have a game plan against them and we'll try to make the next round and make that little bit more history."

Villa should have key players James Milner, James Collins and Stiliyan Petrov fit after they played international friendlies in midweek.

Tottenham manager Harry Redknapp is chasing a Wembley final for the third straight season, having taken Portsmouth to the 2008 FA Cup title and lost last season's League Cup final in a shoot-out to Manchester United.

With all three of his main strikers in form, he has a difficult team selection to make for a game against a Fulham side that Tottenham have beaten and drawn with already this season.

Fulham reached the final in 1975 but have never won the FA Cup.

Defending champions Chelsea are aiming for a third FA Cup title in four years, but they are fighting hard for the Premier League and Champions League, giving Stoke hope of the sort of upset win they sprung on Arsenal and Manchester City in the last two rounds.

Stoke defender Ryan Shawcross is suspended after being sent off for a tackle on Aaron Ramsey that broke the Arsenal midfielder's leg in a league match last weekend.

Portsmouth host Birmingham in the other quarter-final on Saturday.

With Chelsea in FA Cup action, Manchester United have the chance to retake the lead in the Premier League when they go to Wolverhampton Wanderers, in one of three matches Saturday.

Victory would take the defending champions two points ahead, although Arsenal also have an outside chance of going top, if United stumble and the Gunners beat Burnley by more than four goals.