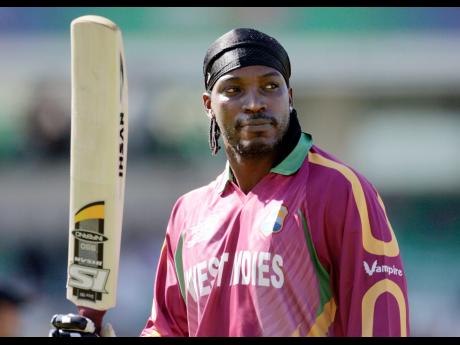 Winless in their last 12 one-day internationals, beleaguered West Indies will seek to arrest their vexing slide when they face Zimbabwe in the second match of the five-match series today.

The match will be as much a test of their character as it will be of their competence as they try to halt a winning drought that dates back to last June to find their last success in a one-dayer, when they beat India in Jamaica in the second game of the four-match series.

Since then, a depleted side lost all three matches to Bangladesh and another three in the Champions Trophy in South Africa, before a Chris Gayle-led side was decimated 4-0 by Australia in a five-match series last month.

Perhaps eyeing Zimbabwe as easier targets, West Indies have been shocked twice in the space of five days by defeats that would have further eroded their already shattered confidence.

Skipper Chris Gayle told reporters, while it was important his side did not panic, it was also crucial they started to win soon.

"Zimbabwe are now two up on us and then by (the) time you check it, we could lose the series," Gayle pointed out.

"But it's a one-off game and we have to be careful - we still have four games to go so we have to look back at this."

Shoddy batting saw to their loss in the one-off Twenty20 International in Trinidad and Tobago last Sunday and their batting once again let them down when chasing a gettable target here on Thursday.

In view of the region's mounting frustration with the side, Gayle called for continued support.

"We still need that support regardless of the results, you know," he said.

"When you do crap you have to accept you do crap and guys will have to take responsibility out there in the middle. It's just sad and disappointing at the same time."

Zimbabwe will rely on their spinners to once again keep the hosts in check. As they did in the opening T20 match, the trio of off-spinning captain Prosper Utseya, left-armer Ray Price and leg-spinner Greg Lamb once against strangled the Windies batsmen to increase the pressure of the run rate.

Their batting will centre around the well organised Vusimuzi Sibanda whose two last innings against the Windies have now yielded scores in the 90s, while Tatenda Taibu, Stuart Matsikenyiri and all-rounder Elton Chigumbura can score quickly.