Third time around is the sweetest 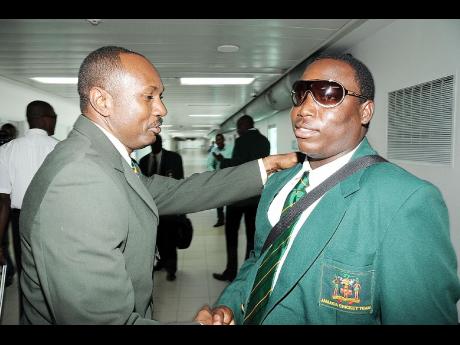 Jamaica captain Tamar Lambert believes the incentive of making history provided added motivation for his squad to capture a third successive regional four-day championship, and the skipper is the first to freely admit that the third time around is the sweetest.

"We knew what we had to do. I don't think it was that difficult, we always had it (capturing third title) in mind, it was just about going out there and putting in the work and then going out their to execute," Lambert said.

"For me, this year has been the most memorable, as we know we are the first team to do it."

However, for a time it had seemed that a third successive title was very much up for grabs, as after getting off to a fast start, which saw the team beat both the Windwards and Leewards, Jamaica were then steamrolled by Barbados.

In fact, heading into the final round it was the Barbadians who held the lead, a 57-48 advantage, after demolishing the Jamaicans inside of three days when the teams met. Barbados had, however, played one game more and sat out the final round. Despite the disappointment of that loss and the pressure situation, which required the team to secure an outright win over Trinidad to lift the title, Lambert insists they were always confident.

"It was disappointing for everybody. A lot of things went wrong (in the Barbados game) ... but we sat around, we talked and knew we needed to put it quickly behind us," he said.

"We knew Trinidad are a good team but we were counting on our intensity. We don't normally get first innings, over the years we try and finish the game in three days, so we knew if we went out there and executed we would have been victorious," Lambert added.

Despite his success at the national level, Lambert is yet to make the breakthrough at the regional level. Having led Jamaica to a third straight title, the 28 year old has not given up hope of earning his first call for the West Indies.