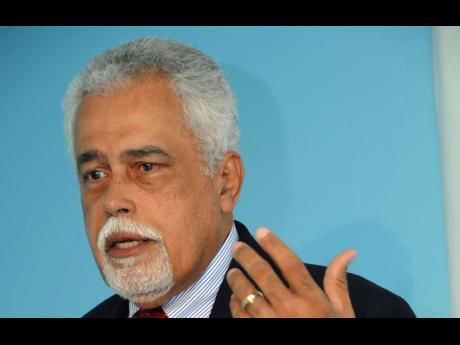 Despite RECOVERY signs in new-car sales globally, fortunes in this sector locally appear to be heading downhill.

"Sales figures for January were 10 to 15 per cent less than last year ... and last year was bad. I've have not seen February's figures yet."

The five-time chairman said the group, comprising 22 dealers, sold less than 200 vehicles for the first month of this year.

LaCroix said he attributed this to the fact that many persons lost jobs in 2009.

Further afield, the prospects looked brighter for the sector as last week Reuters reported a 13.4 per cent uptick in US car sales, while South Africa recorded a 20.5 per cent jump for February, compared to the similar period last year.

LaCroix, however, was quick to point out that the local landscape was different from that of its first-world counterparts.

"Jamaica's industry does not mirror that of those in countries like the US," he said.

"Many of those countries manufacture vehicles, therefore, the import duties that apply here do not exist there," he said.

"Also, interest rates and incentives in those countries are more attractive than in Jamaica."

In a bid to jump-start the ailing sector, the Government of Jamaica reduced the Special Consumption Tax (SCT) on new imported motor vehicles by 20 percentage points in September 2009. That arrangement ends on March 31, 2010.

The ADA, at the time, said while they were appreciative of the Government's "incentive package", a "63 per cent across-the-board reduction in the duty would be ideal."

LaCroix, however, said he plans to revisit the arrangement with the Government.

"We will be putting forward a proposal for changes in the duty regimes on a long-term basis. One that benefits dealers, consumers and the Government," he said.

While not giving any more details, LaCroix gave the time frame for the presentation of that new proposal as "within the next quarter".