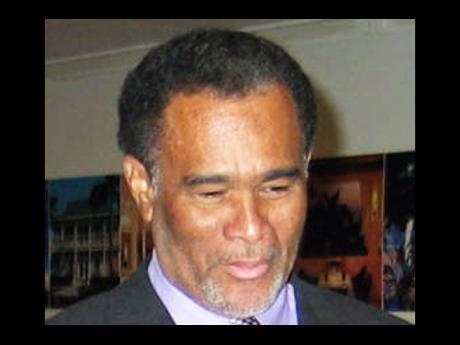 Warm weather destinations have been given a boost by the severe winter in North America and Europe that could be prolonged, based on current forecasts. Jamaica and other Caribbean destinations so far appear to be benefiting, which must be a welcome relief to the industry after the downturn suffered last year. The weather-induced increase in tourist traffic in the early months of 2010 comes on top of the pick-up in the late months of 2009 when global travel markets stabilised and started to turn around.

The ongoing, though choppy recovery under way in the major economies has prompted the United Nations World Tourism Organisation (UNWTO) to predict growth of three to four per cent in international tourist arrivals in 2010, up from an estimated decline of four per cent in 2009. The Caribbean, having returned to growth in the last four months of 2009 which enabled it to contain the decline to just two per cent, is likely to experience further improvement this year, with a possible growth of four per cent, according to the WTO. With regional economies so heavily dependent on tourism, this prospect is encouraging in terms of recovery in the levels of economic activity.

The WTO's projections point to the pick-up in business and consumer confidence, low inflation and interest rates, and the expectation that the slump of 2009 will be followed by a rebound due to pent-up demand, as the critical factors driving the turnaround. It also noted that the global travel industry has shown flexibility in adjusting to rapid shifts in consumer behaviour and volatile markets and that this has made it more resilient. Evidence of the industry's comparative resilience is that whereas international arrivals declined by an estimated four per cent and receipts by six per cent, world exports dropped by approximately 12 per cent.

Locally, tourist operators are having to manage in a market environment where a much bigger share of their bookings are last minute, evidence of the shift in consumer behaviour. Nonetheless, Jamaica was among a limited number of tourist destinations in the Latin American region (Cuba, Chile, Colombia, Curaçao, Dominican Republic, Guyana, Honduras, Nicaragua and Uruguay) that withstood these shifts and registered increased arrivals. Expanded, competitively priced room capacity proved decisive in the island's ability to hold its position in key markets in the United States (US) north-east region and to continue rapid growth in Canada, even as there was slippage in the United Kingdom (UK) and other European markets.

The Canadian market was again the best performing region, with arrivals growing by 22.9 per cent, pushing it ahead of Europe, including the UK, for the first time. This is a trend that began in 2004 with visitors from Canada growing by 10.9 per cent that year, followed by annual growth of more than 20 per cent in subsequent years to 2009. As a result, the number of Canadian visitors moved from 95,265 in 2003 to 290,307 in 2009, or by more than 100 per cent. Even though the recession in Canada was milder than in the US and unemployment less severe, it will be difficult to sustain this pace of growth, but Jamaican tourist operators continue to market aggressively in that country and new routes have been opened up.

Improvement in the US market in the latter months of last year also contributed to the out-turn of 3.6 per cent growth in stopover visitors to Jamaica. From monthly declines in the second half of 2008 and the early months of 2009 at the peak of the recession, there was a rebound in US arrivals starting in April. Thus, the number of US tourists increased by two per cent for the year, a far cry from the 10.1 per cent decline in March, a traditional peak month.

The major challenge for Jamaica was in the European market from which arrivals declined by 2.8 per cent down to 276,800 behind the 290,307 from Canada. The slowness of the UK economy to emerge from recession was of particular importance, as that market is our largest by far in Europe. Indications are that even as most European economies are in the recovery mode, instability in financial markets and the fiscal crisis in Portugal, Ireland, Greece and Spain will exacerbate the unemployment problems and affect consumer spending. New joint marketing initiatives between RIU, the JTB and one of Europe's leading tour companies, TUI, will provide momentum in Germany and adjoining markets.

The new properties that are opened this year, Palmyra Resort & Spa and Secrets in Montego Freeport, will add to Jamaica's appeal, high-quality product, and competitive strength, especially in the US and Europe. We should, therefore, expect improvement over last year's performance in both arrivals and earnings, though there will be continued pressure to satisfy consumers looking for the best bargains. For Jamaica, this means that employment in the industry should remain relatively stable, even if operators will be pressured to keep costs under control so as to remain price-competitive.

The WTO has cautioned, however, that the industry still faces several downside risks related to the fragility of economic growth in major source markets, the US and Europe. Elevated levels of unemployment which are a drag on consumer spending also remain a particularly important challenge. It has reminded as well that oil prices, while being moderate at present, have the potential for volatility that could negatively affect the cost of travel. We should also recognise that last year Jamaica benefited from a diversion of tourist traffic from Mexico because of the outbreak of swine flu, and with Mexico returning aggressively to the travel market, the local industry will face greater competition from that destination.