A moral paralysis of government 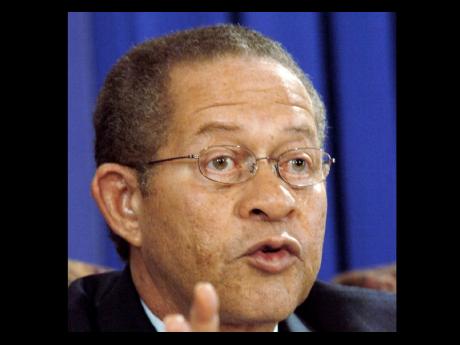 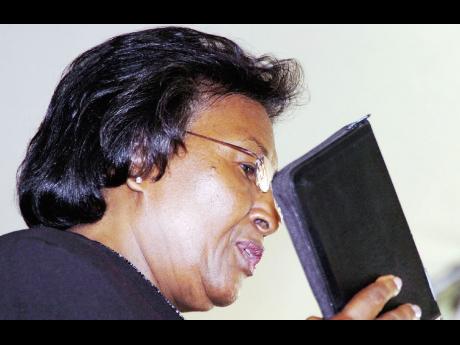 Dorothy Lightbourne at her swearing in as attorney general and justice minister. - file photos
1
2

The current dispute between the United States and Jamaican governments is about more than the extradition order for Christopher Coke, central as that is. The United States government believes the Jamaican Government is virtually paralysed by corruption and that is why it is not extraditing Coke; that is why it has not passed important crime bills; why it has not implemented police reform; why the former police commissioner resigned and why the acting commissioner might not achieve much. That might be why it is prepared to suspend the visas of prominent Jamaicans close to the Government.

We must read this report carefully. It goes beyond the Coke issue to how it feels about the Jamaican Government. It now believes it is virtually impossible to deal reasonably with the Government. It believes it is time to send strong signals that it is going for people if the Government won't bring those people to it. This is how I read the most recent
International Narcotics Control Strategy Report
, the first published by the State Department for 2010.

There is politics here that we must understand. The United States is very sensitive about its status and prestige because many feel it is a declining power. It has enjoyed world-power status for the last 60 years. It is not used to being pushed around and it won't allow a microstate to do that if it believes the microstate is trying to take advantage of its decline, the sympathy it might expect to get from President Obama or the distraction of the country's economic crisis. In fact, a small, dependent country like Jamaica would be an easy target to show others that the US still has muscle.

Perhaps the most telling paragraph in the report is:

"Pervasive public corruption continues to undermine efforts against drug-related and other crimes, and plays a major role in the safe passage of drugs and drug proceeds through Jamaica. For the first time, corruption ranked first to crime and violence as the area of greatest concern for Jamaicans. It remains the major barrier to improving counternarcotics efforts. Indeed, Jamaica's delay in processing the US extradition request for a major suspected drug and firearms trafficker with reported ties to the ruling party highlights the potential depth of corruption in the government."

The report is dense with examples of government paralysis. There is inaction by Parliament. Government has failed to pass the act for an anti-corruption special prosecutor and for a national anti-corruption agency. There is inaction in police administration. Two years after the strategic review of the police force, the Government, it said, has yet to implement the recommended reforms. The report blames the Government. Three police commissioners resigned, it said, because they could not secure the legislative support and political will for their reforms. There have been political and judicial roadblocks that have paralysed (its word) commissioners.

In fact, the report was careful not to say security administration was paralysed. The Jamaica Defence Force (JDF), it said, was capable of swift disciplinary action. The Anti-Corruption Branch of the JCF dismissed 59 police officers in the past year. But the Government showed no will. The anti-corruption and anti-crime legislative agenda remains stalled in Parliament since 2007. Five anti-crime bills have yet to be debated in Parliament. Legislation for the drugs-for-guns trade, lottery scams, extortion and drug and human trafficking are still in Cabinet. The report is not optimistic. Law enforcement is plagued by corruption and inefficiencies, it said, and police reform has not yielded significant results.

The report places the blame for lack of cooperation in extradition, particularly of Coke, squarely at the feet of Government and was even precise with its timeline. Up to August 2009 there was cooperation, it said. But since the Coke extradition request, routine processing went into paralysis. Since then there has been a "dramatic change", "unusual handling", "unprecedented delays", "unexplained disclosure", on the GOJ's side and an attempt to turn the blame around on the US with, "unfounded allegations questioning US compliance with the MLAT (Mutual Legal Assistance Treaty) and Jamaican law".

Heads of government have primary political responsibility for a country's international reputation. The State Department has rejected Bruce Golding's eventual explanation in Parliament in 2009 that there were serious legal issues involved in the Coke extradition and that the matter was proceeding through the usual diplomatic channels. It said there was nothing different or strange about this particular request, meaning that it did not require any non-routine treatment. Golding still defends the original position.

I wrote last year (October 4, 'The Reputation of the Jamaican State') that the Americans were not fools and that they knew of the local politics behind all of this. They made reference to the links between Golding, the JLP, the GOJ, western Kingston, Tivoli and Coke. For legal and diplomatic purposes they use words like "alleged", "reported" and "potential" depth of corruption. But they know the connections.

I also said that Jamaica's reputation as a law-abiding state was at stake. Now the Americans are publicly questioning our commitment to enforcing the law against transnational crime. The Americans are getting close to declaring us a rogue state. I had also pointed out that they need not slap a full embargo on us. They can begin with selective sanctions against people who travel, and send goods and money home. I can't say if the two are related but when one businessman's visa was suspended a few days before the State Department's report came out, one has to wonder.

I warned that selective or targeted sanctions could include bad travel advisories. Our tourism cannot take bad advisories. The report has said crime is out of control. It cites the record murders for last year as one of the highest in the world. Sanctions could also include asset seizures, blacklisting, withholding aid and trade sanctions, and these could be applied to governments, firms or individuals. I said members of government or functionaries of government could be targeted.

Government would hardly be able to function if it can't do business with the United States. There are loans to get, aid to receive, treaties to negotiate, remittances to send, jobs to seek, families to visit, schools to attend, investments to invite and a diaspora to court. Our economic vulnerability is now greater than ever. National reputation aside, the livelihood of a majority is at stake.

I have worried about our increasing isolation. The prime minister did the most unusual thing of turning down an invitation from President Bush to visit and has not visited except, I believe, on one private occasion. Now I see a newspaper cartoon with the minister of justice and attorney general sweating profusely while appearing to hide her US visa under her mattress. Government can't function like this. It cannot represent a country's national interest and its people's progress this way.

I have worried about our marginalisation of Parliament and now about the executive's seeming encroachment on the judiciary. Why, as the Opposition has asked, has the court not been allowed to determine the legal issues, which is what it is there for and for the executive to exercise its reserve power after if it feels the need to? We need moral government.