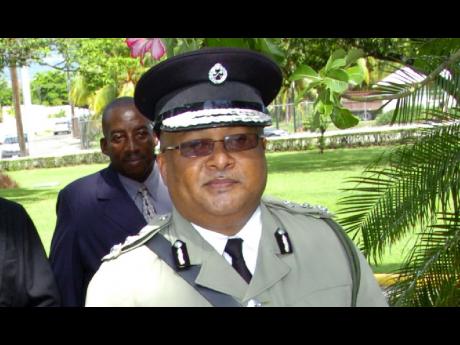 It was still fuzzy how former Commissioner of Corrections-turned-Permanent-Secretary Richard Reese has figured as a victim in the suspense drama called 'Armadale'.

Reese also confirmed that he had been removed, but declined to elaborate, saying the matter was in the hands of the Government.

"I am leaving the announcement up to the authorities," Reese told
The Sunday Gleaner
in response to queries about his new assignment.

When pressed, all he would say was that "everything is cool".

It is still unclear whether the action against Reese emanated from the reaction to the leaked report or its damning content.

Efforts by
The Sunday Gleaner
yesterday to get more information were futile as Minister of National Security Dwight Nelson was locked in a meeting.

Up to less than two years ago, Reese, a highly respected public servant, was the commissioner of corrections and head of the Department of Correctional Services (DCS), which has responsibility for places of safety and prisons.

It was Reese who announced in April 2007 plans to open a new correctional institution for juveniles in St James, while the Tamarind Farm Adult Institution was to be expanded and upgraded into a transition centre for first-time offenders as part of the DCS' plans to improve its service - that was less than three years ago.

He said then that the new juvenile institution would be located at the old Jamaica Defence Force Training Camp at Montpelier in St James. The facility, which housed Haitian refugees, has been acquired by the department and is already undergoing upgrading work.

A year later, Reese was replaced by his deputy, June Spence-Jarrett, when he was appointed permanent secretary in the national security ministry after Gilbert Scott retired.

Spence-Jarrett has been under the microscope since the report was leaked to the media two weeks ago, but to date, there has been no word on her fate.

The report stated that the senior administrators of the DCS are largely to blame for the tragedy at Armadale.

"The apparent lack of knowledge of Mrs Spence-Jarrett and others of the accommodation is less than believable and displays an inexcusable breach of duty," Justice Harrison declared.

The intent of the recommendations of the sole commissioner was unmistakable when he said, "There should be a review of the senior posts of the DCS. Some may well be superfluous and unnecessary."

Harrison was livid about the careless use of tear-gas smoke canisters to restrain and contain the wards during the riot on the night of May 22.

He said this was likely to have caused the fire, which claimed the lives of seven wards of the State and injured others.

The sole commissioner commented, "The debacle at Armadale, created by some of those persons most intimately concerned with it, displayed a hardening of their hearts and a coarsening of their consciences."