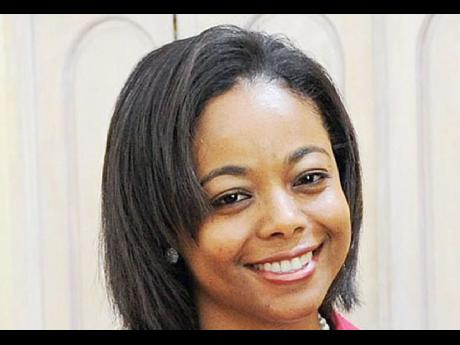 Prime Minister Bruce Golding has congratulated minister of state in the Ministry of Foreign Affairs and Foreign Trade, Senator Marlene Malahoo Forte, on her selection as a 'Young Global Leader' by the Geneva-based World Economic Forum.

The honour, bestowed each year by the international group, recognises the most distinguished young leaders below the age of 40 from around the world for their professional accomplishments, commitment to society and potential to contribute to shaping the future of the world.

The Old Harbour police in St Catherine seized an AK-47 rifle from under a bed yesterday, about 600 metres from the station. Head of the Old Harbour Zone, Deputy Superintendent of Police Deutress Foster-Gardener, said the find came as a result of good information.

"We were given information that took us to 85 Darlington Drive. During the search of a room in a house, the illegal gun was found, however no suspect has been held," Foster-Gardener said.

The seizure is the second in two days. Last Tuesday, haulage contractor John Wright was held with a 9mm pistol .

Reports are that about 3 p.m. the police went to Wright's home along Bowers Drive, Old Harbour and during a search, the illegal gun was found. Wright is also a licensed firearm holder. He is scheduled to appear in the Old Harbour Resident Magistrate's Court next week.

A team of gunmen went on the rampage in sections of St James Friday night, shooting two persons and carried out a spate of robberies.

Yesterday, the St James police confirmed that one of the two residents who was shot and injured remains in hospital in a serious, but stable condition, after being shot in the abdomen.

The second victim was grazed on the neck by one of the gunman's bullet. His wound is not considered life threatening. Police have not released the names of the injured men for security reasons.

In the meantime, one of three gunmen was shot dead by the police in a subsequent shoot-out, but up to press time yesterday, he was still unidentified.