CATADUPA:Playstation in the train station 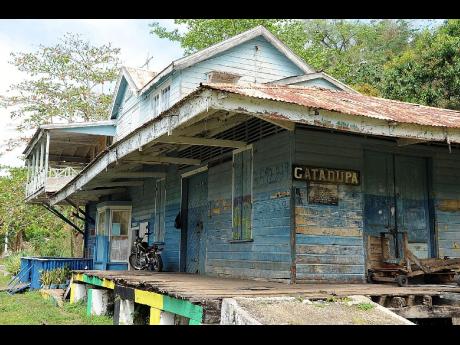 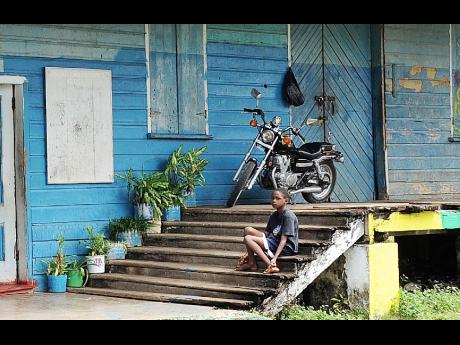 Akeem Hagnet sits on the steps of the train station, which is also his home. At age 10, the trains ceased to roll long before he was born.- Ian Allen/Photographer
1
2

THE JAMAICA Railway Corporation train station in Catadupa, St James, looks strikingly different from the other stations
The Sunday Gleaner
has visited so far in the trace of the steel lines of memory across the island's interior.

The blue paint on the lower left section of the building is fresh and a spirit licence indicates a current method of transport available long after the physical movement of the train has stopped.

There were two methods of movement on the platform when
The
Sunday Gleaner
's team visited: a motorcycle on one side, and a handcart - complete with commercial licence plate - on the other.

There are yellow curtains in a bay window, potted plants outside, care has been taken to keep the grounds in order, and a pair of wooden seats close to the main road still has sheen.

The Catadupa station looks cared for and has a door on the lower level. The yellow curtains part briefly and a a red couch is visible as the person inside takes a peep outside.

Fourteen-year-old Andrew Miller is the 'peeper' and he has the controls in his hand as he focuses on his Playstation in the Catadupa train station.

Living in the train station

He is at home with his brother, 10-year-old Kadeem 'Mark' Hagnet, and Andrew. Living in the train station is not strange he says, "me have friends who do it too".

He would like to move, though, not to relocate his house, but to use the rails fewer than 20 feet from his front door for their intended purpose.

He wants to ride the train because: me never drive on one".

The Catadupa station is exceptional in another way, as the yard is beside a wide section of the road, the expanse of asphalt the widest
The Sunday Gleaner
has been so far.

A row of shops across on the far side of the road makes for a somewhat contained space, naturally adaptable to commerce.

But there is none, the doors all closed, and there is hardly any human movement, and no cars at all.

Walking away from the station in the direction of the next stop, Cambridge, on the way to Montego Bay, the train line is overgrown, ferns seemingly fond of the space between the rails.

At one point the land has slipped from under the line and steel crosses a few feet of empty space. Then the line disappears into a wall of towering greenery.

On the other side it emerges into the clear of what could be someone's front yard, no clear demarcation between the greenery outside the house and the space around the line.

But there are no children playing and, even if there were, no train coming from or going to Catadupa for them to keep clear of or wave to.